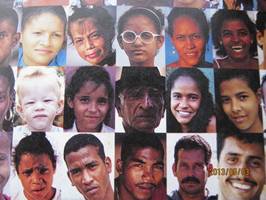 For some time the Cuban authorities have been turning their attention to “the construction of values to guarantee the continuity of the Revolution.” In speaking about the importance of family in the regeneration of values such as patriotism and honestly, and the need for social discipline, mutual respect, citizen education and good behavior, their objective is to assure the success of the official political project, ignoring that the nation, as such, is much more important and essential than the former.

In short, those values were lost in the overwhelming and unrestrained takeover of the so-called Revolution, which ceased to take them into account and, in many cases, discriminated against them to make them disappear, without offering any better substitutes, leaving the vacuum in which we now find ourselves.

We all agree that we must rescue them in reinstall them in the spaces which by right belong to them, but not to save a failed political, economic and social project, but rather to save Cuba.

To accomplish this we need to abandon the cheap politicking, barrio patriotism, absurd political and ideological manipulation and other evils, and responsibly dedicate ourselves to the very difficult and complex task that, starting with the family and the schools, must recover the entire social framework, respecting individuals and differences of every kind among those who comprise the people, which is a concept that goes far beyond simple political or ideological positioning. The rescue of values should be based in the work of Cubans and Cuba and not in any political party or government.