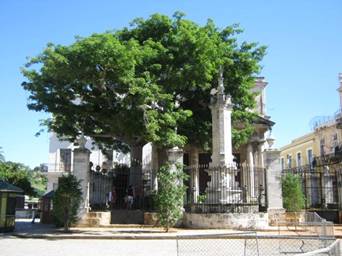 There is constant talk and articles about the need to rescue values, the good habits, and eradicate social indiscipline and rudeness. It’s true and should be done, but no one talks or writes about the real origins: the loss of civility and morals.

Most citizens, in the early months of the political, economic and social experiment, accepted and even applauded that the right to elect our leaders every four years was removed, as was the right to publicly state an opinion, to have parties and political organizations, to educate our children according to our desires, and, something terrible, they allowed someone, like a feudal lord from another eta, to decide who was Cuban and who wasn’t, which partitioned the nation and is a national shame.

In addition, the state banished what they called bourgeois values and put in their place a double standard, awarding mediocrity, unconditional support, betrayal, jealousy, envy, rudeness, lack of respect, citizen violence and other evils.

Time has passed and they are trying to forget these barbarities, suggesting, without asking forgiveness, a clean slate, as if it never happened and affected the fabric of our society, but the facts are there. It’s a pity that our ruling historians dare not address them.

You always reap what you sow. A generation that lost civic and moral values and was left fanatic and vulgar, passed it on to their children and they to theirs, in a continuous chain of all these evils. Here are the results.

They suggest that the family and school are crucial to the rescue of the missing values, but what is lacking is a different family, where the members practice civility and morality, rather than the fractured current one, accustomed to putting the individual first, far from social and national interests, although they attend the rallies, vote unanimously for everything put in front of them and even participate, with enthusiasm, in the massive parades. It is, simply, their way of not looking for problems and solving their own.