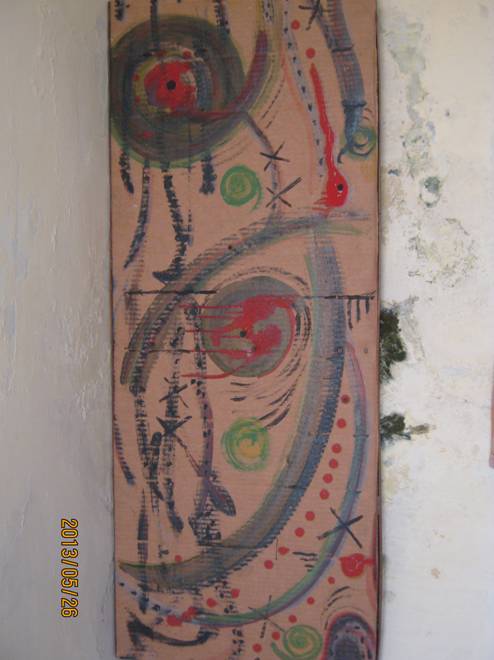 I have lived in Nuevo Vedado since I moved here in 1971, the result of a fortuitous permuta or house swap.* My new apartment is on the top floor of what was a modern three-story structure in 1958, built by a family who intended to live in it. The building has only three very spacious apartments, one per floor.

Faced with the abrupt changes that had occurred in the country and the unequivocal signals of “what was to come,” the original owners decided way back in 1960 to leave it all behind and move to the United States. After being “abandoned,” the building was sealed. It was located in what came to be called a “frozen zone,” like so many others in the city. These apartments were given to people who, for one reason or another, had ties to the regime.

A tailor who sewed things for “high-ranking government officials” and his wife moved into the first floor. On the second floor there was a historian for the Communist Party Central Committee and his family. On the third floor, where I currently live, were two members of the Ministry of the Interior and their two ill-behaved children, thanks to whom this opportunity arose and from which, by sheer luck, I benefitted. I traded them a lovely little cottage with a patio and garden, exactly what they were looking for, where their children could run free. The couple took care of all the paperwork so that the swap would take effect as quickly as possible.

Over time those who occupied the premises prior to 1959 began dying off, leaving the property to their descendants. In general these are young people who, it would seem, have little interest in the appearance or cleanliness of the building, only in their apartments’ interiors. As a result we have had to put up with many inconveniences in order to maintain the garden and hallways, as well as to keep the stairways clean.

Becuse of a water leak in his apartment over a year ago, our first-floor neighbor broke through the wall that faces the entry to the building, leaving a gaping hole that went unpatched for many weeks. After talking to him on several occasions about this matter and seeing that he was not about to fix it, my husband decided to cover it up with a piece of cardboard mounted on a stretcher for support. With leftover paint he found in the garage, he quickly simulated an abstract painting in a size large enough to cover the unattractive hole. This avoided giving a bad impression upon entering the building.

Anyway, just as Fernando was leaving the building today, a man was driving by in his car and saw part of the painting through the half-open doorway. He pulled over to the curb and, addressing my husband, said he was a buyer of paintings and old books.

“I am interested in that ’irregular’ old painting from the 1950s in the entryway,” the man told him.

Stifling his laughter, Fernando said, “The painting is indeed irregular, but it is not old, much less from the 1950s.”

A bit embarrassed, the man in question drove off and my husband nearly “died of laughter” as he told me the story.

*Translator’s note: Until recently a homeowner in Cuba who wanted to move could not sell their houses and buy another. They could only trade their homes for one of equal value in an exchange called a permuta.