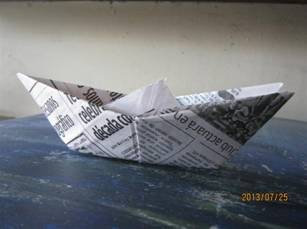 The mess about the North Korean boat loaded in Cuba with obsolete arms for repair, hidden under some tons of sacks of sugar, suitable for the captain’s suicide attempts and the crew’s hunger strike, all lunatics of Kim Il Sung and his descendants, continues to monopolize international media attention.  Nevertheless, for Cubans, after the concise initial report, absolute silence and secrecy are maintained trying to give the impression that nothing is happening, basing that on the fact that if it does not come out on the TV News or appear in the newspaper Granma it is because it does not exist.

It calls attention that this happens immediately after the end of the 9th Congress of the Union of Cuban Journalists (UPEC) where, among the few things of interest that were considered, some journalists requested (they did not demand) to be permitted to have access to the reports.  It seems that, although the word was yes, in practice it is no, beginning with the concealment, the same days as the closing ceremony (July 14), of the composition of the baseball team, which would participate in a tournement with one agreed to by North American universities in cities of that country, from which sports reporters discovered, when this was already known in the United States (July 15), in the afternoon, in the schedule of the insufferable Roundtable TV show, and continuing, almost immediately, with the mess about the boat.

The official press and the secrecy that accompanies it seem to have no remedy: it is something inherent in the model, that cannot subsist in a climate of freedom of information, not even under the control of the party through the UPEC, its bureaucratic shell.

The boat is another thing: no one understands this political bungling, it it wasn’t orchestrated for the purpose of torpedoing possible contacts, directed at the gradual normalization of relations between the governments of Cuba and the United States.  As was expected, on the event of the 60th anniversary of the 26th of July assault on the Moncada Barracks, after the sausage of slimy speeches for the occasion by the invitees, absolutely nothing was said about the thorny matter.  It seems that this stings and extends until August. Give it time!

*Translator’s note: “Little Paper Boat” is a Cuban children’s song. The words, in English, are: Little paper boat, my faithful friend / carry me away over the wide sea. / I want to meet children from here and there / and take them all my flower of friendship. / Down with war, up with peace / We children want to laugh and sing.