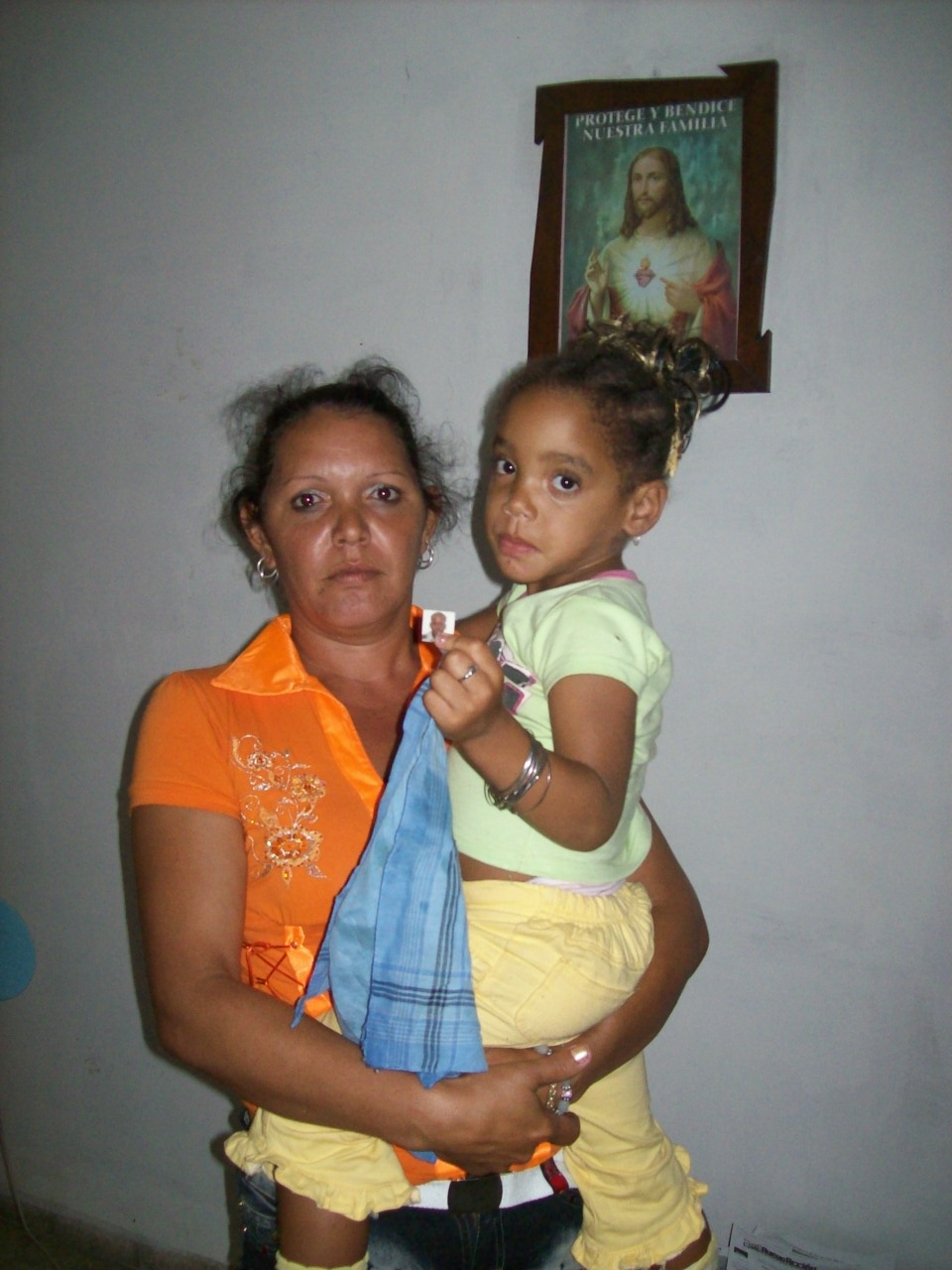 President of the Liberal Party of the Cuban Republic (PLRC)

Dear Silvio, today when I have completed exactly 1 year and 3 months of being unjustly imprisoned, I am writing to you in order that the world should know, whether the European Community, Alaska or the 5 continents, that huge human rights violations are committed in our country also. A platform that the communist regime uses as a measuring stick against other countries and yet no one mentions the atrocities that are committed here.

My name is Lidanel Pérez Mullings and that of my partner in the cause is Ramon David Tornes Hernández, both of us soldiers and members of the Communist Party (PCC) of the Provincial Patrol Unit of Artemisas, with years of experience in the area.

Our unfortunate story begins on November 3, 2009, on being detained by the internal counterintelligence of Ministry of the Interior at the prison known as 100 y Aldabo, which is where it is located, placed under a process of investigation and accused of involvement in a crime. The two of us were held for interrogation and methods of torture for a period of 2 &frac12; months, during which no crime could be proven against us.

That same month, December 2009, in an interrogation room in said investigative unit Major Roberto Albolay, Instructor of counterintelligence of the Ministry of the Interior, and First Lieutenant Duran, head of the police cadres of Artemisa, presented themselves before me, communicating that they were going to arrange a temporary release until the conclusion of the investigative process on account of my having minor children, alleging that the Ministry of the Interior would not leave my family destitute and that they would continue to pay my salary which amounted to 450 pesos.

This was nothing more than a manipulative hoax by said officers, since from January of 2010 my family did not receive even a penny of my salary to feed the three minor children or maintain a house, where on several occasions the electric company has cut off the power to the house and have on three occasions removed the electric meter making cooking impossible.

This situation has led my wife Yanaidis Martínez Olazabal to the point of despair, saying she would take her life along with the three children rather than continue to suffer need and starvation. And on top of that, no body or competent authority has made amends by giving us signs of understanding.

I do not understand why the Ministry does not trust our words of being innocent. I do not know why this organization is so enraged against us and our relatives, knowing that we are innocent. Why throw my three children into abandonment, separating them from their father and without a morsel of food to put in their mouths before going to bed. Where is the proclaimed justice that does not put the leaders who lie and abuse their office in their place, allowing all these wrongs without being questioned and investigated. It is as clear as day that they are protected by the leaders of the country under the mask of the new man. A mask that will one day crash into the wall of truth.

Dear Silvio, I only mean by this letter to inform the national and international public opinion that in Cuba also the most elementary human rights are violated. Depriving my children of the right to grow up with their father. Depriving them of having money for food, clothing and footwear. All on the cursed whim of a gang of amoral people who have us unjustly behind bars. This is a true shame for people who once defended and believed in the nobility of the judicial process.

So many lies! So much abuse for two soldiers and members of the PCC for 15 and 29 years of service. Who were purged, condemned to a civil jail sentence with the bad blood of knowing we would have problems with the prisoners for having been police. A warped campaign of Roberto Albolay and Yusmaiki Pelegrin Pelegrin, Ministry of Interior instructors responsible for extinguishing our lives and that of our families.

To those who read our letter today, wherever they are, we only humbly ask for our freedom.