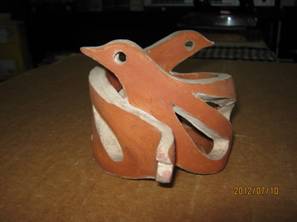 Whenever the Cuban authorities, meet to discuss new laws, decrees, dispositions, or regulations, we citizens find ourselves overcome with worry and uncertainty. It happens that, after the legislation is approved, the only thing they have done is to restore rights arbitrarily violated for years (for example, to possess hard currency, to buy or sell homes or cars, to travel abroad, to enter and to stay at a hotel, etc.), and soon new adaptations which limit or hinder their application appear.

This situation creates a climate of instability, which does not help the measures adopted to take root and become a part of national life, because they lack what is commonly called “a fixative”: at any moment they can be changed and, for the most part, rarely for the better.

Previously, so as not to have to comply with the established legality, they simply argued that this or that article was frozen, that is, it had no application. This allowed them to violate the legislation without having to modify it. As now, they pretend that everything is legislated and complied with, the fashion is to change it every now and again, according to the convenience of the authorities.

Laws must be made, even in our changing times, to remain in effect for at least 15, 20 or more years. This allows us to get to know them and to gain experience in their application. To change them every year demonstrates the inability of those who write them and the irresponsibility of those who approve them.

The Constitution of the United States is a good example: it is almost 300 years old and has never been changed, adapting only through a few amendments. Because of this it is known by its citizens and used in daily life.

Our constitution of 1940, undoubtedly the best that has been written until now, only lasted 18 years. Currently in Latin America the first thing every president does on taking power is to change the Constitution that brought them to power, to suit their own interests, which is a harmful practice. If this happens with the Constitution, which is the fundamental law, what happens to the rest of the laws.

Unfortunately, between experiments and changes in laws, there appears to be no time to accomplish concrete work to solve serious national problems that affect the economy, politics and society.

The laws themselves, while necessary, do not solve problems: they simply constitute the legal framework within which they can be resolved.