When she kissed Daylaun, aka el Bola, on Sunday evening, May 30, his mother never imagined it would be the last time she would have him in her arms. Dayluan didn’t return from the disco located in the Inn of Santa Maria del Rosario, to the southeast of Havana, but one of his companions reported the misfortune before dawn. She waited for the body at the undertaker’s in Cotorro, together with other boys, mothers, and cops.

Still, no one knows why Daylaun, a young black man of 22, chubby, absent-minded and very noble, was stabbed. Some say he intervened to protect a neighbor in the La Magdalena neighborhood, where he lived with his mother. Others say he was confused with some thug the killers were looking for.

Maybe it’s pure coincidence, but the Santa Maria Inn, the old Manor House of the Counts of Bayonne, converted into a massive public place with free access, has been turned into a weekend hot spot. Young people who can’t afford the discos in Playa and El Vedado congregate there. Alcohol, music, the desire to socialize through dancing and matchmaking, now generated dozens of injured and some dead. The fights escalate just like at the Bello Palmar, another Cotorro restaurant with disco under the open sky, and the fights are spectacular.

It is known that Dayluan was tried last year for a brawl on bus to Guanabo, one of the resorts to the east of the capital; in the end he paid a fine. Now he pays with his life for intervening in a brawl among friends.

As such events shake the tranquil town of Santa Maria del Rosario, founded in 1732 by the owner of the Inn, some citizens are asking the local government to convert the beautiful colonial mansion into a museum to promote the architecture, history and landscape of the region. So far the proposal has fallen on deaf ears.

Daylaun’s mother mourns the absence of her son who went to a party and lost his life, but last year alone three children were stabbed on the weekend between the town of Santa Maria and the Cotorro cemetery. Others lost an arm, an ear and were victims of contusions and non-fatal wounds.

But all the signs indication that maternal tears are not enough against the desire to socialize and the virus of violence. For now, juvenile bravado and police indolence mark the rhythm of each weekend at the Santa Maria del Rosario Inn, a former manor house southeast of Havana. 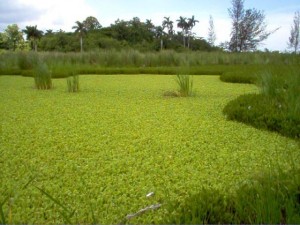