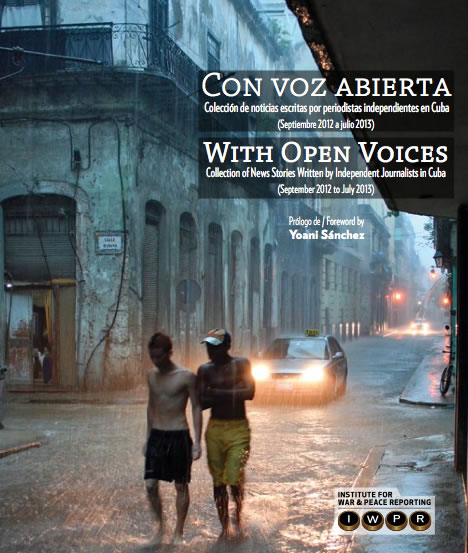 Last week a friend asked me if the coming of democratic changes to Cuba would result in independent journalism. I stopped to meditate, because there are answers that shouldn’t be thrown out there without carefully weighing them. In the seconds I remained silent passing through my head were all the images and moments of those reporters of risks and words that have influenced my life. I thought about Raúl Rivero, who left journalism and the official institutions to take a dangerous leap toward freedom for his pen.  I remember the typewriter permanently on the table in his apartment on Peñalver Street, the smell of his cigar, his arms reaching out to receive everyone who came. Undoubtedly a man who loved his profession which put him at the center of so much repression and damage.

I kept going over the names. Reinaldo Escobar who permanently infected me with the virus of journalism, my colleagues of Primavera de Cuba, the many friends who have fed the pages of Cubanet, Diario de Cuba, Café Fuerte, HablemosPress, Misceláneas de Cuba, Voces Cubanas, Penúltimos Días and of so many other sites, blogs, press agencies and simple bulletins with just a single sheet folded in half. Spaces in which they have narrated this country concealed by the official media and the triumphalism of political slogans. People who choose the most difficult path, instead of remaining silent, faking it, staying out of trouble like the vast majority. Thanks to them we have heard innumerable news stories silenced in the national newspapers, television and radio, the private and hegemonic property of the Communist Party.

So, when my friend sprung that question on me, I concluded that in a democratic nation journalism has no need of surnames. It is not “official” or “independent.” And so, as a small tribute to all those reporters of yesterday and today, I have written the prologue to the anthology, “Con voz abierta/With Open Voices,” which presents a selection of news and opinion written from within Cuba and in the most precarious of conditions from the legal and material point of view. It is a book of journalists… simply journalists, without qualifiers that determine their affiliation to any ideology. A compilation that will bring about this future in which we will not need to make distinctions between professionals of the press.