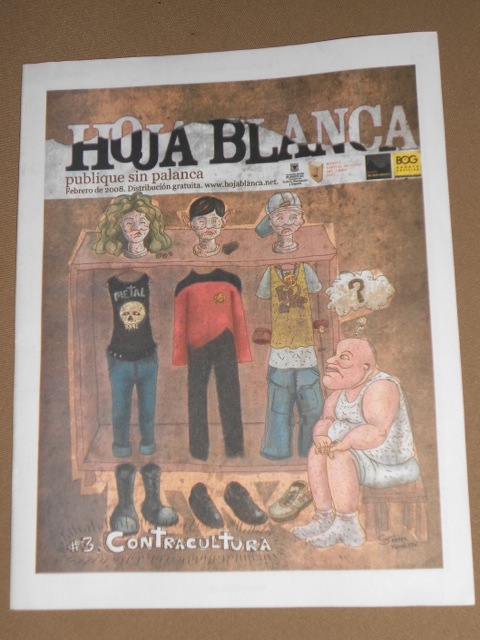 Havana, Cuba – During the week that just ended new voices visited the island. Bringing an environment of exchange among Latin countries.

With my note I don’t want to reveal their names, for their safely, much less the sex of those who infected us with their characteristic smiles. Hoja Blanca is a magazine that came to the island and according to its readers, is no longer among us.

For those of us who have lived during five decades of isolation and censorship, to find the printed edition of Hoja Blanca, as well as in the digital, is to acquire a powerful tool. In its pages each one of us can find a bastion or a place where we can share our more diverse opinions.

Volumes of the magazine pass from hand to hand among the young people in Havana, leaving us stunned at the freshness of the language and the idea of publishing without sponsorship. One of the most jaw-dropping things for Cubans is the fact that the Hoja Blanca Foundation has taken the path of promoting new social projects that sow diversity and inspire the formation of vulnerable social groups in distant communities.

Havana was arrayed in luxury for seven days with workshops hosted on publishing, working in groups, marketing and other activities I don’t want to enumerate.

There are already people committed to the distribution of the digital edition of Hoja Blanca, people disposed to participate in a magazine that awakens new hopes in different social groups.

Today I am putting a final period on my little note but before doing so I want to tell you that I have my blog, my website, my Facebook profile, and my Twitter account, but from this moment I also want to publish and share with every one of you my writings from this Caribbean island, taking advantage of the opportunity to publish in Hoja Blanca to be able to publish without requiring sponsorship.

All in good time, Hoja Blanca.