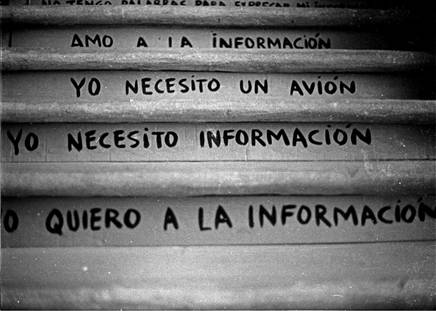 Allegations continue in the Cuban official press about the subversion organized by USAID against the ruling regime in the country. Now it touches the hip-hop musical movement. I will not devote time to whether or not it is true or a fictional plot released by the Associated Press news agency, because I prefer the episodes of “Homeland.” I will address some unpublished questions which I consider more important and which constitute the genesis of the problem.

It is no secret that in the Cuban musical world there are groups and performers cheered on by the authorities who enjoy economic privileges and dissemination, those popularly called “officialistic.” These participated in a repudiation rally organized by the Pineapple Festival in Ciego de Avila, to offer just one example. They are abundant and we see and hear them in many Government political activities.

Currently they will be present on Christmas Eve, Christmas, or New Year’s, not to make these events any more agreeable, but to celebrate the 56th anniversary of the Triumph of the Revolution. I don’t remember that during the Republican Era musical groups and performers answered to the government or to political parties.

There are others who, while addressing the acute social problems that plague the country, are questioned by the authorities, enjoy no privileges, and have to fend for themselves to survive, primarily in “underground” spaces. They have emerged and do emerge, not because USAID creates them, but as a result of the absurd government policies maintained for 56 years, which have destroyed the lives of thousands of Cubans and the country, leaving young people with no hopes in their own land.

Protesting musical groups and performers have existed and do exist in every country, including the United States, and have not been created by USAID. They are respected and form part of the musical world of those with equal rights. To suggest that events in Serbia or Ukraine were promoted by USAID through groups of this type is not only a laughable, it shows a lack of respect for the intelligence of readers.

When will our authorities stop blaming the “enemy” for the problems they themselves created? When will they accept their fault?

Respect for differences and preferences refers not only to the sexual, but also to the political, religious, musical and many others. Until there is full freedom for all Cubans, there will be musical and other types of protesters. USAID is not to blame.