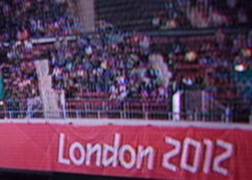 To my knowledge, all athletes who compete do so with the heart, kidneys, liver, brain, etc., etc., that is, the whole body, mind and the training received. Even more so when it comes time to represent their country at the Olympics.

I don’t know it what happens to me happens to many: I have to let my mind wander, or mute the TV, so as to not pay too much attention and lose patience, given the load of nonsense that contributes nothing to the sport, which appears to be a school specialty of the newscasters on my planet, who seem more like political commissars, when they start to describe what’s happening.

What’s more, according to them, Cubans always compete “like steel,” “with their hearts in their hand,” able to “climb Mt. Everest without equipment,” or “Walking barefoot on hot coals,” or with a “Venezuelan brother,” or a “Bolivian brother.”

Luckily, after the fall of the socialist block, they’ve reduced, considerably, the original kinship of our national political-genealogical tree. 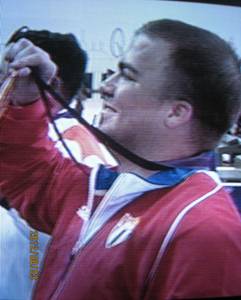 It also happens continuously that when the screen shows the winner of a gold medal, and our beloved storytellers are talking about something that happened twenty years ago, when a Cuban X medal won in this or that event, and they bring nothing to the scene on the screen.

Especially in the opening ceremony, they never could, of didn’t want to, describe what was happening on the stage or about the personalities seen among the audience that the camera kept focusing on. Nor did they contribute anything interesting about the personal data of the most outstanding athletes, referring to many years ago when in these games the defunct socialist countries won the medal.

It is very unethical and unprofessional to be implying, and sometimes even saying, when a Cuban is losing or color of the medal about to be won is not the dream, that is because judges are conspiring against us. Also, if it comes to competing with British, it’s widely said that they are favoring the local athletes. This makes many of us refuse to follow the competition, for the marked political focus that they give them. Sometimes, and I’m not ashamed to admit it, I even prefer that we lose, to save myself all the triumphalist and chauvinistic verbiage that goes along with a win, and the tiresome repetition of it, sometimes lasting several days.

But still there is something sadder than this: our athletes, as they finished their competitions , are immediately put on a plane, heart in hand, taking them back to the homeland. They can never allow them the pleasure of attending the closing ceremonies or the exchanges with other delegations.