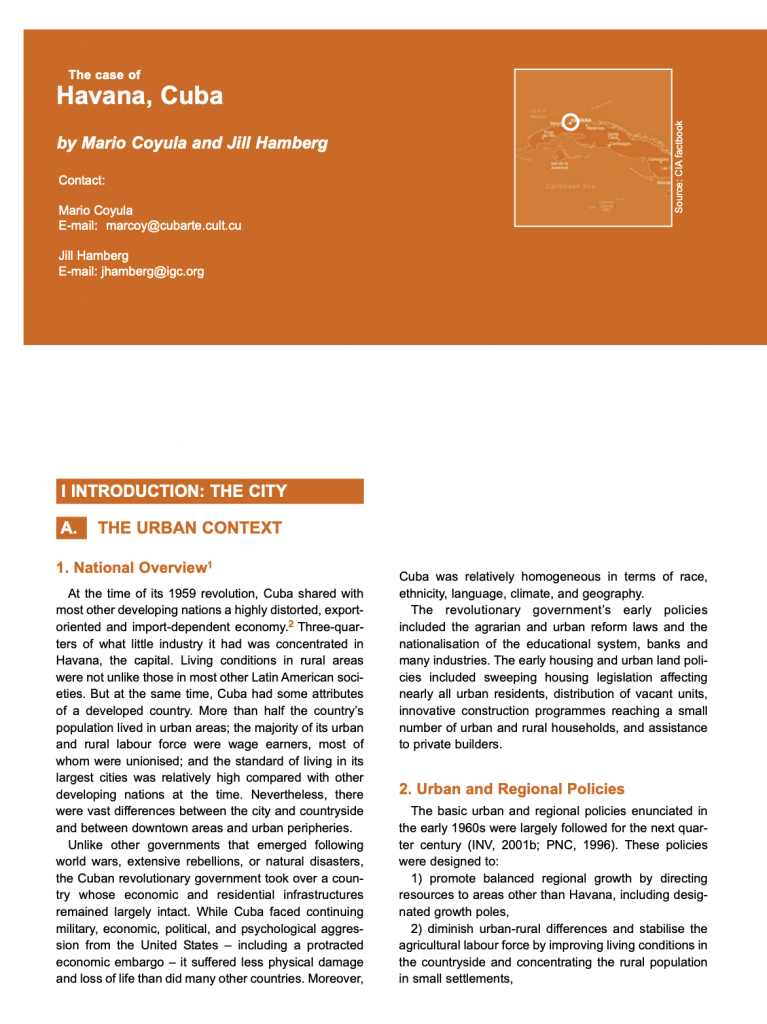 This report was prepared by Mario Coyula and Jill Hamburg in 2003 for a project titled: UNDERSTANDING SLUMS: Case Studies for the Global Report on Human Settlements 2003.

It is posted here as an invaluable resource not only for all of its contents, but also a guide to the terminology of urban development in Cuba.

It includes many fully explained terms which often appear in posts on Translating Cuba.

Following is the glossary from the end of the article:

Albergados: Literally “sheltered”. Current or former residents of housing so deteriorated that they registered on special list for replacement housing.

Barbacoa: Makeshift mezzanines or loft-like structures that create an extra floor. [The literal translation is ‘barbecue’.]

Barrio de indigentes: Literally “neighbourhood of indigents”. Term for shantytown before the 1959 revolution.

Bohío: Thatched-roof shacks that were once common in rural areas.

Camellos: “Camel”, double-humped buses composed of a truck cab and chassis and bus bodies carrying up to 220 passengers.

Ciudadela: Type of tenement: consists of a single or double row of rooms built along a long, narrow courtyard.

Cocotaxis: A taxi-scooter with a bright yellow round plastic body carrying up to two passengers.

Pasaje: Double row of small dwellings (similar to efficiencies) consisting of living-dining, kitchenette, one bedroom, bathroom and a small service courtyard, set along a long, narrow alley usually open to streets at both ends.

Solar: Popular term to refer to all forms of buildings subdivided into single-room units, usually with shared services.