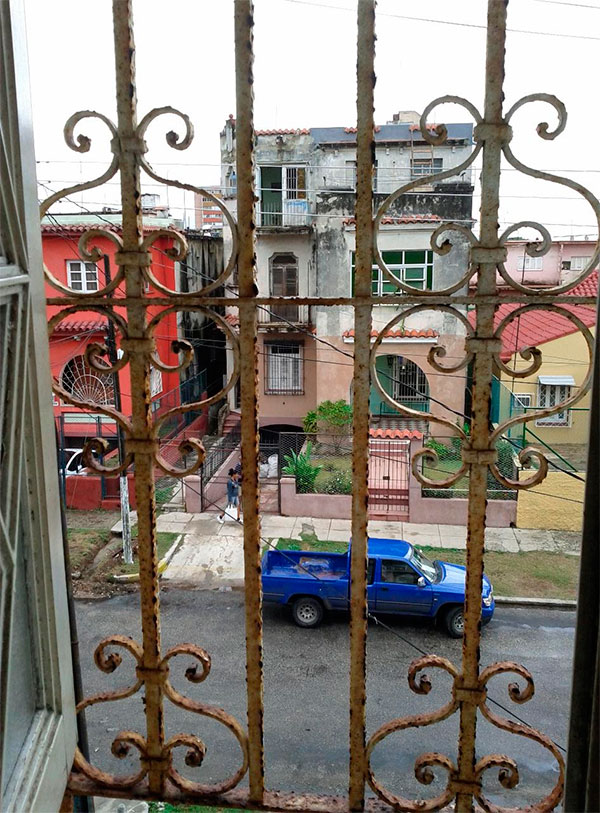 Havana is not Caracas. You can still walk the streets at night. There are gangs of youths who, dagger in hand, will relieve you of a Detroit Tigers jersey, some Puma sneakers or an iPhone.

Assaults on the street, however, are not common. In the capital there have been bank hold-ups, guys who have robbed trucks carrying hard-currency or who have highjacked a plane at gun point, but these are the exceptions.

Compared to Mexico, Venezuela or El Salvador, homicides are almost non-existent. There are hardly any violent crimes to report, though once in awhile a woman might go mad and kill her children, a wife might take a candle to her husband, or a rapist might unleash panic in the city.

The press publishes not a single line of gory news. In spite of such an apparently peaceful life and low rate of violent crime, Havana’s citizens are increasingly fortifying their homes.

The number of petty thefts is increasing. Some thieves spend months planning home burglaries with the goal of stealing a valuable painting or large sums of money.

The biggest increase in thefts has been by gangs of ruffians. They often take the closest thing at hand – a car’s steering wheel, an auto’s stereo system, a wet T-shirt hanging in a patio or on a terrace.

The increase in domestic robberies is the reason a huge number of Havana’s citizens have decided to install burglar bars on their doors and windows. When 62-year-old Anselmo was a boy, he played hide-and-seek in his neighborhood, running freely through its labyrinth of internal passageways. His children cannot do the same today. The neighbors have closed off and put railings around not only their own properties, but the adjoining alleyways as well.

“Every day we find out about a robbery in a nearby neighborhood. People deal with it by protecting their families and their belongings. But even houses with tall, spiked fences are broken into. Thieves simply figure that, if a residence has burglar bars, there must be money or valuables inside,” says Luisa, a resident of Vibora Park.

This has unleashed a cult of burglar bars. If you walk through Havana, you will see that homeowners have installed bars on 90% of the houses, porches, doors and windows, creating a symphony of ironwork.

It is a bunker mentality from which the government itself has not escaped. In the 1980s Fidel Castro, in one of his many eccentric obsessions, planted the idea in the Cuban consciousness that an invasion from the United States was imminent.

The deepest recesses of Cuba are filled with underground tunnels and bomb shelters. Thousands were constructed. Today almost all of them have been converted into discotheques or luxury retail stores. At night young couples without cash use them as love hotels.

The Yanks never came, but the regime kept up its war games, waiting for the anticipated invasion, though without the fervor of twenty years before.

Nevertheless, from time to time there are still military maneuvers in which overweight militiamen with corrugated metal rifles run to seek refuge in antiquated bomb shelters.

Fidel Castro still retains a state-of-siege mentality. He lives in an area of forty-five houses known as Zone Zero, where fortifications, security measures and camouflage are part of the landscape.

The military’s businessmen and government ministers also live surrounded by iron bars and fencing covered with vegetation to prevent onlookers from being able to see inside their homes.

They also rely on police protection and surveillance cameras. Others in Havana are not so fortunate. People pay for the protection they can afford. Those with the fewest resources try to keep an eye on their plasma screen TVs and 1950s Chevrolets. They pay ironworkers to fashion barricades of bulky metal rods to surround their houses or to craft a kind of garage-jail.

Families with greater resources opt for grillework that harmonizes with the architecture of the house. Although violence in Havana is nothing like that in Caracas or Medellin, people still jealously guard their properties.