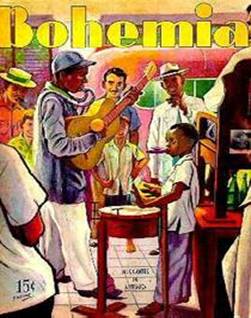 Violence in Cuba has a long history: it started with clashes between the aborigines fighting for territory, continued with colonization and slavery, and increased during the struggles for independence, where Spaniards and Cubans made unlimited use of it.

On the establishment of the Republic, it ceased to be practiced between Cubans and Spaniards, and went on to become the way of resolving contradictions among the former: the reelection bid of Estrada Palma, the violent struggles between parties, the rise of so-called independents of color, drowned in blood, and the dictatorships of Machado and Batista, plus gangsterism between them, are all clear examples.

The so-called centenary generation and their followers practiced it in the fifties, with assaults on barracks, sabotage, attacks and planting explosives in public places — things that today would be classified as terrorism — reaching its climax in the insurrectional fight in the mountains to take power. They achieved this, and instead of stopping, the violence grew with the executions, fighting the rebels and repression of those who did not share the ideas of the victors, continuing to this day with the repudiation rallies, beatings, imprisonment and prosecution of the peaceful opposition.

The powers-that-be, established for 55 years, have made this their form of governing. At first they tried to extend it to Latin America and Africa as guerrilla movements, and later with their direct participation in foreign wars, but they lost their financial and logistics support with the disappearance of the Soviet Union, and had to retreat and concentrate on the internal.

Today, violence exercised by the government spreads its harmful influence over Cuban society and prevents its economic, political and social development, blocking the way for dialogue and peaceful resolution of the problems. Hopefully in the next year, with the help of all, this situation will start to reverse itself and they will begin to behave intelligent beings, where reason comes first and not force..