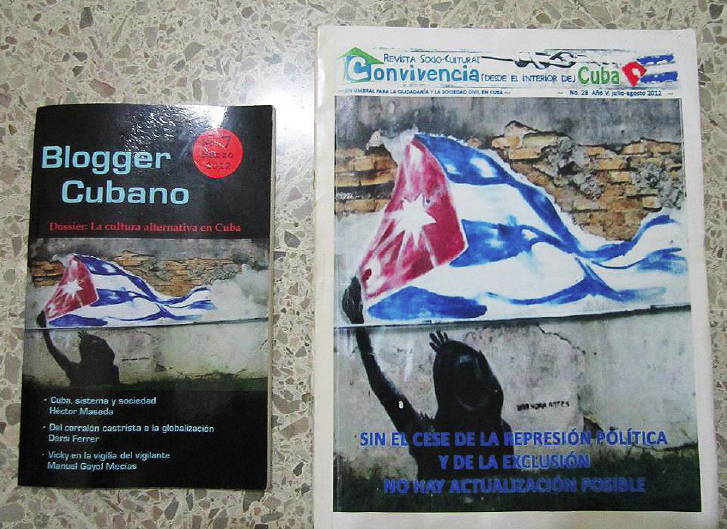 The development of graffiti as rebellious art expression in Cuba has been rough and rather late when compared with the rest of the world. However, in the last two years has seen an explosion of popularity thanks to the work of El Sexto — the Sixth — the pen name of the Danilo Maldonado Machado, a unique Cuban graffiti artist who has taken on, as is known, his art as a form of dissident expression.

El Sexto paints his graffiti on the streets of Havana, on walls, ruins, buses, traffic signs, etc., demanding freedom and recently remembering Laura Pollan, the late leader of the Ladies in White.

His public art is often diluted by the authorities, usually with pink paint. In one of his images El Sexto says that art is more powerful than the weapons of his oppressors. In December 2011, after his arrest, the political police tried to discredit him by saying that in reality he wasn’t a counterrevolutionary, nor an artist — he was nothing, just a simple drug addict.

El Sexto is a kind of Robin Hood, an anonymous face in Cuba that survives assuming a social commitment and, therefore, El Sexto is everywhere coming from everywhere, responding to the alienating media campaign which for over a decade has produce slogans for the release of five spies convicted in the United States.

Maldonado defines himself through an interview granted to on-line page, The Stark Life. Although the Cuban Internet is Paleolithic, the world follow us and we follow the world, he concludes.