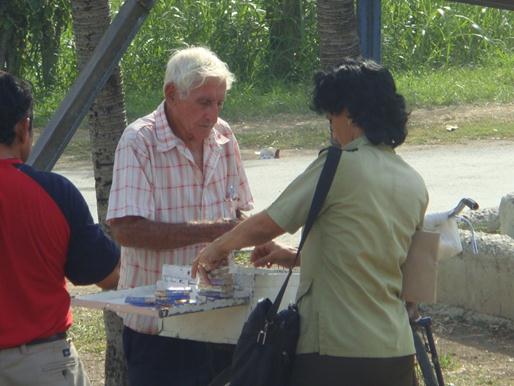 In his most recent speech, General of the Army Raul Castro Ruz announced a series of measures affecting the employment rights of the Cuban people. The most far-reaching of all was the extension of self-employment.

According to Castro, who is also President of the Councils of State and Ministers, the government agreed to extend the practice of self-employment as an alternative employment, and eliminate several existing prohibitions against the granting of new licenses.

The rise of individual economic activity on the island began in 1989 with the collapse of the socialist sphere, as a government measure to readjust the economy, given the lack of credit and the inability to obtain the cooperation of international financial organizations. Starting in 1997, the state began restricting licensing, to reduce the independent economic sector.

At present, self-employment is subject to control and supervision by the government, which considers it a supplement to state activity. It is done at the municipal level, on a case-by-case basis.

Permits are renewable every two years. They cover activities of producing and marketing goods and services, at the address of the permit-holder, and can only be offered to private individuals.

It is prohibited to conduct on the island any activity of producing, processing, or selling goods or services without authorization. The authorized activities are specifically listed in Resolution No. 9/2005, “Regulations on the exercise of self-employed person,” by the Ministry of Labor and Social Security. The law approves 118 activities, and authorizes the granting of new licenses for only 40 of them.

The law requires the self-employed to buy the raw materials in the retail market in convertible currency, but to offer their products and services for sale in national currency. This requirement impedes the development of private economic initiative on the one hand, and on the other it promotes the rise of lawlessness. The self-employed turn to the black market in order to continue their business and keep their license.

At the same time Castro, the Second Secretary of the Communist Party of Cuba, announced that the Council of Ministers approved the implementation of a system of taxes on this type of activity, presumably to ensure that the newly self-employed contribute to social security, pay personal income and sales taxes, and that those who hire workers pay a tax for the use of the workforce.

The measures – especially those concerning the marketing of new products and flexibility in hiring labor – have generated an expectancy among the populace. Their implementation will require the government to reform the legal system: the criminal law that prohibits the employment of labor or the use of methods or materials of illicit origin, also revokes licensure.