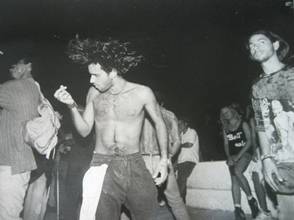 Words, by the tens of thousands, are an integral part of languages. They serve to define and differentiate objects, natural elements, people, feelings, actions…. in other words, everything material as well as immaterial. They are constantly undergoing a process of change. Although some fall out of use, other new ones arise as humankind develops. As such, there are neither good nor bad words. The difference depends merely on how, where and when they are used.

Over the last half-century Cuba has lost many material things (agriculture, industry, transportation, housing and other things) as well as many immaterial things (values, morals, civility, respect, good education, good habits, social discipline, tolerance and so on).

In an attempt to “rescue” (a fashionable verb these days) some of the latter, there has been a “clarion call” or a “call to arms” to restore them as quickly as possible. We have a tendency to either “fall short” or “over-react.”

This worries me because after “falling short” for decades — allowing things to be lost while doing absolutely anything to prevent it in spite of warnings by many citizens — we are now “over-reacting” by trying to solve the problem with slogans, promises and repression (as evidenced, for example, by demands for fines and sanctions in agriculture and roadway construction).

These only address the superficial symptoms. They do not get to the root cause, which lies in the breakdown of family life and the educational system. This stems from educating and training generations that in large part were blinded and preoccupied by Pharaonic schemes and messianic ideas which demanded the total commitment of one’s time to the promise of a bright future that we can now see was never to be achieved.

As the old saying goes, “You pay for education over the long-term.” We now have evidence of its validity: Without education at home and with inadequate education in the schools, the consequences were unavoidable. We all agree on the need to confront and resolve this issue since it poses a direct threat to healthy social coexistence. Education and training are necessary but be careful of excesses! They have never yielded good results.