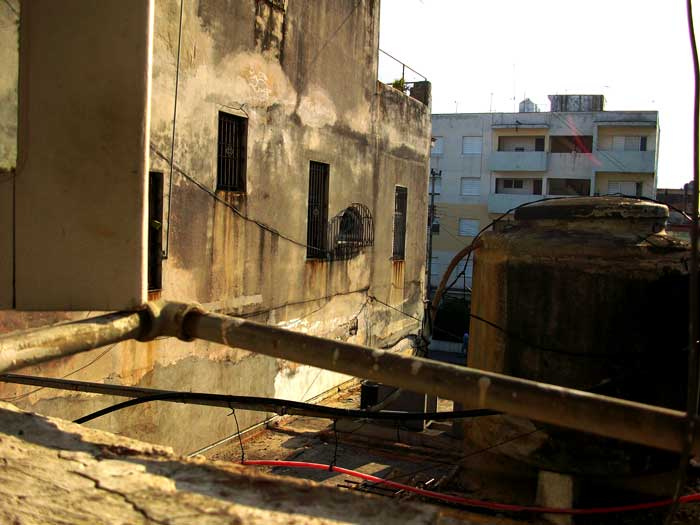 I’m so accustomed to the lack of information in our media that when I hear a story, not just of current national or international importance — as one can’t ask for so much — but of something as simple and useful as the repairs that occasion power outages, or about water shortages in certain areas of the city, I’m surprised. By the way, this kind of information — highly advantageous for making life easier for citizens — is only aired on the Havana channel. Sadly, I don’t get that channel at my house so I’m obliged to watch it when I’m visiting friends.

A few weeks ago I heard on the news for the first time a detailed explanation of the water shortages we inhabitants of Havana are suffering, particularly in the central neighborhoods and of course in Vedado where I live. It even made me happy, because they’ve always treated us so badly that the mere fact of announcing a lack of drinkable water during certain hours is appreciated. In general, you wake up one day to no gas, or water, or electricity, and you don’t know why. With any luck, you discover the cause of the failure several hours later.

I prepared, obviously, for the following day and filled my reserves: buckets and plastic jars adorned my kitchen and my bath to weather, as best as possible, the absence of the vital liquid. But when the sun came up I was surprised to find water in the pipes, and by mid-morning — don’t let anyone believe that in Cuba this comes as a surprise — the lights went out and didn’t come back on until dawn of the following day. In the end, I don’t even regret not hearing any information about the shortages that affect us, I prefer the confusion of filling up buckets when I should be out buying candles.