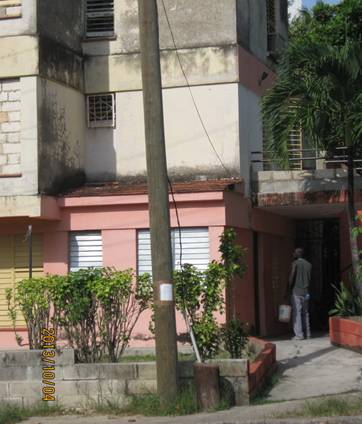 Unfortunately, the entire country has been impoverished as a result, among other factors coming to light, of living for many years on a survival diet. The medical field has not been exempt from this phenomenon. Medical professionals are paid low salaries and have to exercise their profession under the precarious conditions of today’s health care centers. They must also deal with a shortage of prescription drugs, which forces them to constantly keep abreast of which medicines “are in” and for sale so that they know which they can prescribe for their patients.

As a result the interaction between doctors and patients has, for three decades now, been marked by too much familiarity and, on occasion, excessive displays of confidence. In most cases there has been a loss of the mutual respect and ethical behavior that should should exist between doctor and patient. Because they are obliged to seek treatment at a clinic near where they live rather than one they might prefer, patients do not complain about mistakes and mistreatment by some physicians and healthcare workers for fear of reprisal.

A few days ago my friend from Nuevo Vedado, Patricia, went with her pregnant daughter to Clinic 20 for a follow-up visit. They arrived early and were the first ones there. Gradually the small waiting room began filling up. A doctor arrived after 9:00 AM but offered no apologies for being late, saying in a voice loud enough for everyone to hear only that she had had to “put up” with a long line to buy cigarettes.

She then went into her office and moments later looked through the door while motioning to a woman who was accompanied by her husband. They had come in after my friend’s daughter, who was actually first in line. “Come on,” she said. “Let’s get this visit with your whore over with.” After finishing with the patient, she came out again and said, “I’m going to smoke a cigarette and take a break.” And with that, she sat on the low wall outside and began smoking away.

My friend and her daughter left the place fuming. A few days later they received a visit from their family doctor and the nurse from the clinic, who wanted them to explain why the patient had left the clinic without being seen by the doctor there. Since they are required to provide ongoing maternity care, it was an action that had gotten them into trouble with the clinic’s directors. My friend took the opportunity to tell them that it was she and her daughter who had been harmed as a result of the disrespect shown by this doctor and that, of course, they should inform her superiors because she would be doing so through other channels.

This, unfortunately, is only one small demonstration of the point to which doctor-patient relationships have arrived, because both are stubborn in overcoming daily so many difficulties and scarcities that regrettably have been affecting behavior, ethics and social coexistence.  None of this justifies the actions described here, but what can be deduced from it all is that in the training of new doctors, professional ethics continue to be unfinished business.