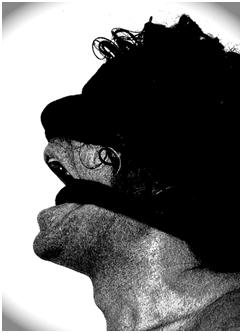 Freedom of expression is internationally recognized in the Declaration of Human Rights (Article 19).  These prerogatives include being safe from oppression due to expressing an opinion, conducting research and receiving and spreading information, regardless of borders, by any means.

Article 53 of the Cuban Constitution gives citizens the right to freedom of speech and the press in accordance with the aims of the socialist society. Under this provision, material conditions for their exercise are given by the fact that the press, radio, television, movie theaters and other means of mass information belong to the state or society and could not, in any case, become private property, which assures their use exclusively for the use of the working people and for the benefit of society. Lastly, it assures that the law regulates the exercise of these freedoms.

Second:  The fact that the means of social communication are in the control of the State does not constitute a guarantee of the application of this right.  In Cuba, the human prerogatives, acknowledged by the Constitution of the Republic, cannot be exercised against the existence and means of “The Socialist State.”  It means that its legal application is severely limited when rights cannot be curtailed. They solely admit these minimal limitations, only when regarding the function of public order.

Fourth: The National Assembly passed Law 88, “Of Protection of National and Economic Independence”, a normative penal device that impedes citizens from expressing and spreading their opinions in regards to political, social, and economic practices of the government.

This law, also known as “The Gag Law”, sanctions every person who seeks and provides information, accumulate, reproduces, and spreads materials that criticize the political system, and any person who collaborates with such ideas, via radio stations, TV stations, newspapers, magazines, or other means of foreign communication.