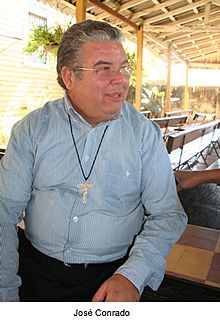 Open Letter to General of the Army Raúl Castro Ruz,
President of the Republic of Cuba

Fifteen years ago I dared to write to the then head of the Cuban State, Dr. Fidel Castro Ruz, president of our country. The gravity of that hour drove me to do it for the good of the fatherland. The seriousness of this time compels me to write to you to share my current concerns. Must I describe the situation of our country? The economic crisis affects every household and makes people live in misery, asking themselves: What am I going to eat or what am I going to wear? How am I going to get the most elemental things for my family? The difficulties of everyday life become so overwhelming that they keep us mired in sadness and hopelessness. Insecurity and widespread feelings of helplessness lead to our becoming amoral, hypocritical and two-faced. Anything goes because nothing has value, except survival at all cost, which we later discover is “at any cost.” Hence the dream of Cubans, especially the young, to abandon the country.

It would seem that our country is at an impasse. As a man of faith, however, I believe that God never puts us in completely desperate situations. I firmly believe that our journey as a nation and as a people, will not end at an inevitable precipice, at a reality of irreversible misfortune. There is always a solution, but it takes courage to seek it and to find it. In your recent appeals and urgent calls to work with tireless tenacity, I believe I recognize a particular and accurate perception of the gravity of the moment, but also, that you think the solution depends on us. But as the slogan-turned-into-a-joke said… “It’s not enough to say let’s go, we need to know where.”

We have lived blaming our reality on the enemy, or even on our friends: the fall of the communist bloc countries in Eastern Europe and the United States trade embargo have become our scapegoats. And that is a convenient but misleading way out of the problem. As Miguel de Unamuno said, “We tend to entertain ourselves in counting the hairs in the Sphinx’s tail because we are afraid to look into his eyes.”

It is not enough, General, to solve the problems, certainly serious and urgent, of food, or of shelter, which so many compatriots have in the recent hurricanes, “With their poor chattels: fear, grief.” We are at such a critical time that we must consider a profound review of our beliefs and practices, our aspirations and our goals. And here we might, with all due respect, remember the words our national apostle José Martí wrote to Generalissimo Gómez in a somewhat similar situation: “One cannot found a people, General, as one commands an encampment.”

The world is changing. The recent election of a black citizen to hold the presidency of a country formerly known as racist and a violator of the civil rights of blacks, says that something is changing in this world. The laudable and fraternal concern of our brothers in exile before the weather phenomena that have recently beaten our people, and their generous, selfless and immediate assistance, are signs that something is changing here. The Cuban government that you lead today must have the courage to face these changes with new approaches and new attitudes.

Our country responded with courage when a foreign government sought to meddle in our national problems. However, when it comes to the violation of human rights, not only governments, but even individuals, ordinary citizens, within or outside the country, have something to say. In his Letter from a Birmingham Jail, Martin Luther King said: “Injustice anywhere is a threat to justice everywhere. We are caught in an inescapable network of mutuality, tied together in a single garment of destiny. Whatever affects one directly, affects all indirectly.” We have to have enormous courage to recognize that in our homeland there is a constant and unjustifiable violation of human rights, which is reflected in the existence of dozens of prisoners of conscience and the battered exercise of the most basic freedoms: speech, information, press and opinion, and serious restrictions on freedom of religion and politics. Failure to recognize these realities does no favor to our national life and makes us lose self-respect in our own eyes and in the eyes of others, friends or foes.

The cause of peace, both domestic and foreign, and the prosperity of the nation itself, are grounded in the unconditional respect for these rights that express the supreme dignity of the human being as a child of God. And to keep quiet about this weighs so heavily on my conscience that I am not able to bear it. And for me, this is my way of serving the truth and of being consistent with the love I feel for my people.

I confess, General, the disgust and sadness it has caused me to know that our government has rejected, apparently for ideological reasons or political differences, the help that the U.S. and several European nations wanted to send for the victims of the hurricanes that hit our land. When one falls into misfortune, (and that can happen to anyone, including the powerful), it’s time to accept the help that is offered, because this aid reveals a depth of goodwill in the face of pain, of human solidarity, even in those we considered our enemies. Giving the opponent the opportunity to be good and to do what is just can bring out the best in ourselves and in others, making us change old attitudes and heal damaging resentments. Nothing contributes more to peace and reconciliation among peoples than this giving and receiving. The phrase of St. Francis de Sales is valid in interpersonal relationships and between countries, “More flies are caught with a drop of honey than a barrel of vinegar.” As stated by His Holiness John Paul II during his visit to our country, “Let Cuba open itself to the world and let the world open itself to Cuba.” But if we continue with closed doors, no one will be able to enter, no matter how much they wish to. A sign of hope, for me, is the participation and the greater space which has been given to CARITAS to help our people. That deserves a special recognition and is a positive and hopeful change.

Believe me, Mr. President, I do not write to submit a list of complaints and grievances about the national situation, but if I were to do so the list could be very, very long. In truth, I have wanted to speak with you Cuban to Cuban, heart to heart. A priest who was a great friend of mine, now deceased, used to say: “A man’s worth is the worth of his heart.” At your wife’s funeral, seeing you surrounded by your children and grandchildren, moved to tears, I noticed that you are a sensitive man. And I think there is more wisdom in the heart of a good man than in all the books and libraries in this world; as the song goes: “That which feeling can accomplish, knowledge has not been able to do, nor the highest conduct, nor the broadest thought.…” Therefore I appeal to your sense of responsibility, to your kindness, to tell you be not afraid, be bold in taking a new and different path in the world that is showing so many signs of change for the better. As I said to your brother 15 years ago, all Cubans are responsible for the future of the fatherland, but because of the office you occupy, because of the power you now have, the responsibility falls on you in a special way.

If you decide to embark on this journey of hope, count on me, General. I will be in the first row, to give to Cuba, once again, the only thing I have: my heart; and to you, my honest hand and my unselfish collaboration. So we can make Martí’s dream a reality, to have a fatherland, “With all and for the good of all.”