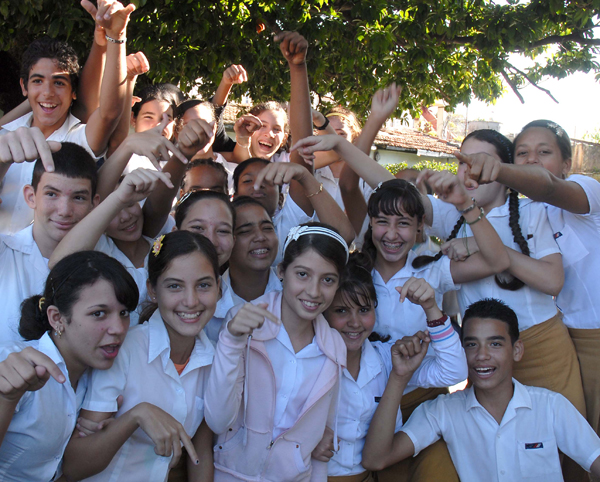 Starting on the morning of Tuesday August 12th, we have the International Youth Day celebrations all over Cuba; but, in view of the fact that, in the words of José Ángel Maury, who is responsible for the UJC (Young Communist League) International Relations, “We have the happy coincidence that it takes place on the eve of the Commander-in-Chief Fidel’s birthday,” the climax will be a huge chorus of Cuban young people and artists singing Happy Birthday Fidel at dawn on August 13th.

And if that doesn’t seem enough, in order to make it up to three, the communist organisers have contrived to combine the festivities of the 12th with the “Yes I have a Brother” day, to commemorate the 60th birthday of the dead President of Venezuela, Hugo Chavez, and Fidel’s 88th. It seemed to me I was hearing my talkative grandmother when she said “If anyone doesn’t like soup, they give him three cups of it.”