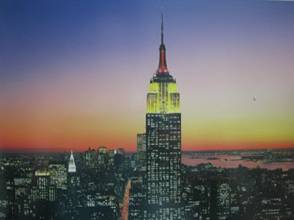 For those of you who aren’t aware, the International Artisan Fair (FIART) is the most important exhibition on our planet, with artists-artisans exhibiting their creations and exposing them to the world once a year.

As always, despite the distance and the cold that’s been hitting us lately, the event was very well attended. We were surprised to see during mid-week days and during working hours, the number of people in line to get tickets, mostly young people of working age. The reason for the long lines could also be that there is only a small ticket booth staffed by a single person selling admissions.

This year, as almost always, metalworking is the star attraction. Many stands, including those of Peru, Mexico, Brazil exhibit very attractive silver work. The Cuban metalworkers also show their beautiful creations. There is a lot of handcrafted furniture in the largest rooms. Meanwhile, the weavers and dollmakers are crowded for lack of space.

The public that attends this event comes mostly to look, because the prices, although a little lower this year, are in CUC and this greatly diminishes the opportunity to acquire anything. But still, the fair is very popular because there are few other options for entertainment.