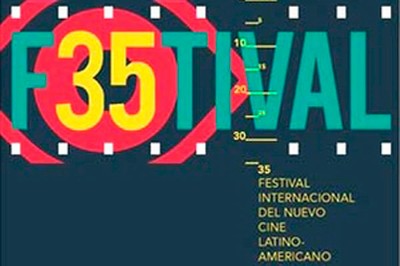 There were no great crowds of long lines outside the movie theaters and it didn’t feel like December because of the high temperatures and strong sun. These are the days of the New Latin American Film Festival, but the whole context is very different from 35 years ago when it was founded. The loss of importance of this cultural event is obvious, as is people’s reduced expectations round the Coral awards for the best films. But.. what has changed more? The Festival or us?

The competition faced in Cuba for any movie is much greater now. Despite our material and technical limitations, our society has seen its access to films, documentaries and TV programs other than those broadcast by the official media skyrocket. Movie theaters have ceded space before home projections or private salons with flat screens and plastic chairs.

Despite recent prohibitions on the film circuit operated by the self-employed, the phenomenon of “non-institutional programming” is unstoppable. So the Festival of New Latin American Cinema is not a film oasis in the wasteland of Soviet films we experienced in the 80s. Now it must compete with more commercial and dynamic offerings that address a broad spectrum of tastes.

In the illegal market “combos” or “packages” proliferate, selections of series, reality shows and audience participation films. There are also abundant scientific and historic documentaries and big screen releases. We Cubans are true “Pirates of the Caribbean” when it comes time to copy and distribute recently released movies from other countries. One week after the film Avatar took New York by storm, the savvy marketers in our own backyard were offering a lesser quality — but similar impact — copy on local networks.

“The Festival” (period… as we call it), had a clear ideological focus from the beginning to promote creations filled with social criticism, a reflection of regional problems or the historic memory of the dictatorships that plagued Latin America. Hence, its current problems in competing for an audience that increasingly wants lighter entertainment — humorous or simply frivolous. From a mass phenomenon, the Festival has become an elite event that tries to compensate for the excess of Hollywood movies, today available everywhere.

Another element that marks the decline of this film event is the death of its creator and inspiration. Along with all that might have been controversial in the life of Alfredo Guevara, the Festival director, his drive and his personal relations shaped this film festival each December. Like every creature made in the image and likeness of man, the Festival received a very hard blow with the death of its principal author. However, in Cuba we’re already used to the survival of the most inert phenomena, so it shouldn’t come as a surprise in this case that there is another ad infinitum extension, another living-dead.

For the filmmakers as well, the Havana event has declined in importance. It has become more of a get-together, mojitos in the gardens of the Hotel Nacional, or simply a walk though this theme park of the past that we have become. But to get a Coral award feels more like a remembrance than a present honor. Other places, other festivals, have gained in prestige and media reach in recent decades, to the detriment of an event that hasn’t known how to keep up with the times.

Its political filter remains an impediment to the rejuvenation of the Festival. Although criticism has gained a space in its offerings, and its directors are not part of the institutional framework, it remains far from being a space without censorship. Another point on which it can’t compete — not even close — is with the underground movie networks, packed with controversial materials. But 35 years on, the International Festival of New Latin American Cinema continues.

However, it is worth asking whether this is evidence of its good health or the stubbornness of its organizers. Unable to compete with the illegal — and international — networks of film distribution, rocked by the passing of its creator, and given its apparent loss of popularity, this event needs to be renewed. Otherwise, it could end up like that moment of the year when we dust off our nostalgia, going to theaters with broken seats and noisy projectors, to evoke that time when we could only see good movies in December. Two weeks for longing and remembrance.