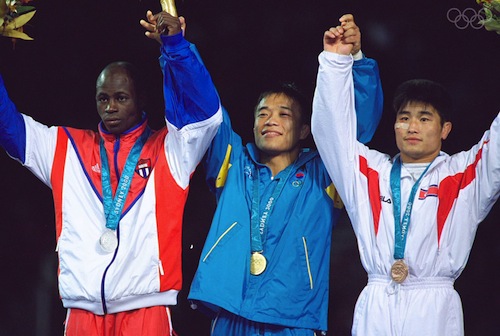 Life gives us the opportunity to use it at the whim of our possibilities of talent, for personal gain. In life we engage in a search for what we can be as good professionals, if it makes us happy to do it, and in doing so we discover that we add glory to the society around us, and we make our family proud. This is the perfect formula to feel fulfilled, amen, if we are also well-remunerated. 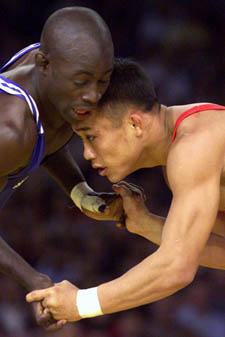 The outstanding sportsman, Lázaro Rivas, ¨Illustrious son of de San Nicolás de Bari,” could feel like that (except for feeling well-remunerated). He gained the world title in his weight class, in Greco-Roman wrestling, among other awards. He brought glory to his town and to Cuba, until his official retirement in 2011.

In recent days he disappeared physically as a consequence of a brawl with another sportsman. His family members came to say goodbye to his body, as did two trainers and some friends. The corresponding sports officials were not present, nor was the government. That was, in sum, the gesture of gratitude that the State awarded him for his efforts. 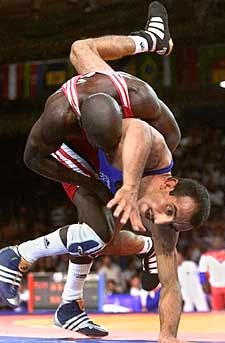 The precarious infrastructure on which sportsmen count is no secret to anyone, above all those at the bottom layer, to accomplish their feats. Your would have to appreciate more their human capacities and persistence to achieve such rewards, a great part of those being at the top and refusing opportunities in professional sports where they could earn large sums of cash, the only thing that would guarantee them economic sustenance after the official retirement pension given by the Cuban authorities.

I was witness to seeing the legendary boxer, Teofilo Stevenson, roaming the city to find ingredients for a sancocho (a type of soup), that some shops kept for him, to feed the pigs that he raised in the swimming pool of his house. He also participated in the familiar theater of pleasing foreigners who visited him and were itching to pose for a photo with their idol, after coming to an agreement to pay 100 euros, to put on the table some bottle of good whiskey, and in the best of cases, moreover, invite him to a restaurant, to obtain this souvenir. 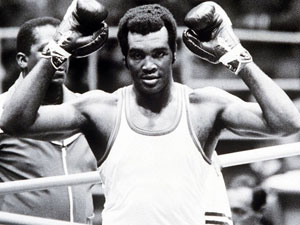 The also distinguished fighter, Félix Savón, has had to accept this manner of survival. Visitors leave with his photo and a gesture, or a stench of knowing that their admired gladiators live off handouts. I got to know a Czech who visited them. Many ballplayers live off public charity; they eat and drink at the expense of their fan club.

Thanks to the opening of the State, above all in baseball, those older players with fewer performances are permitted to go to small clubs that can pay for them in some way, either as athletes or as trainers, so they can live of their savings, some years without destitution. 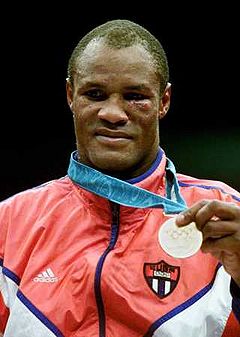 Among them are the pitcher Lazo, today contracted by a club in Mexico, and before that Victor Mesa in Japan. At least the most distinguished athletes have that opportunity of survival. The others, those whose names have been erased from the collective memory, today are ghosts lost in society, sons whom no one wants. That’s the destiny that revolutionary sports assures.

We would say that a large part of the most talented have made the most difficult decision: to abandon their country and their families, without knowing when they will return. A sad fate for Cuban sportsmen.