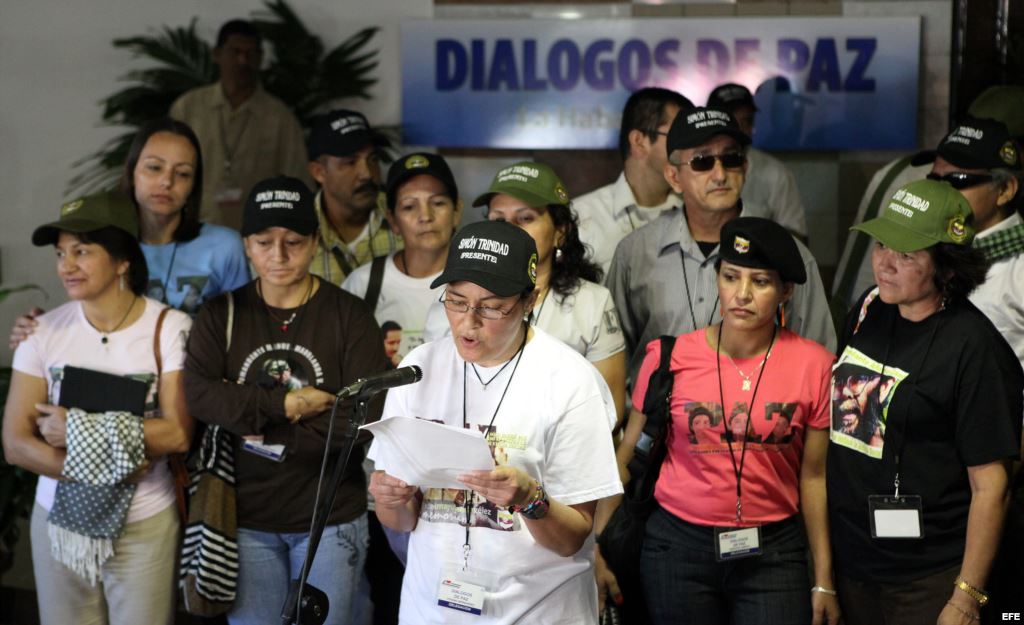 On May 26, 2013 in Havana’s convention center it was announced that the parties involved in peace talks between the Colombian government and the FARC guerrilla group had reached an agreement on agrarian issues, the first of five to be negotiated.

Land and its use has been a not insignificant factor and one of the fundamental causes of a conflict that has claimed many lives. According to the document the accord should in theory bring about the much hoped-for beginning of a new series of changes in the rural and agrarian situation in Colombia.

The announcement of the agreement was applauded and witnessed by representatives from Cuba and Norway, which serve as the guarantor countries, as well as Venezuela and Chile, which act as observers. What is unusual in all of this is that none of the parties involved in the peace process has confirmed that any of the basic issues has been definitively resolved. “Nothing has been agreed to until everything has been agreed to” is another way of saying that “nothing is agreed to.”

With this discreet semantic manipulation, thus ended the ninth in a series of conversations which will resume tomorrow, June 11, to discuss other critical issues such as the FARC’s participation in Colombia’s political life. It is a clever way to rechristen this band of eccentric misfits and iconoclasts, who want to be viewed as having become real partners in peace and admired luminaries trying to avoid going to prison (which is where they belong) by signing an accord which will allow them to enter Congress.

Ultimately, there is always something that must be sacrificed. I understand that, when one negotiates and struggles to secure mutual benefits and results conducive to national harmony, it is often advantageous to allow certain illegitimate values to triumph over some ethical, moral and even democratic principles.

The Cuban delegation understood this well. Inspired by the old fable about kissing a frog, it decided to bet on the miraculous possibility that these obscene guajacones (guerrilla outlaws) might become beautiful princesses, honorable officials, effective parliamentarians or grand heads of state.

The government in Havana was tripping over itself to not only to sell itself as a defender of regional peace, but also to try to profit from some democratic voices calling for a swift solution to the prolonged conflict. Lastly and most importantly, however, it wanted to make a lot of money.

Yes, you read that right: a lot of money. A significant part of the two million dollars that the FARC raised carrying out “nomological and nomothetical” operations such as kidnapping and drug trafficking is now safely hidden away and is reporting good returns. It was washed, rinsed and well ironed through the purchase of modern equipment and sophisticated instrumentation for humanitarian use in Cuban hospitals such as CIMEQ* and the Cira García Clinic.* It has also been invested as part of the Cuban contribution to joint ventures that the island maintains with industrial consortia and large hotel chains headquartered inside and outside Cuba.

Unlike Antoine de Saint-Exupéry, French aviator and author of the book The Little Prince, what is essential to the revolutionary government is not invisible to the eye; it is cash.

Translator’s note: CIMEQ is a hospital that treats high-ranking government officials and military officers, their families and foreign dignitaries. Patients at the Cira García Clinic, which caters to foreign health tourists, are overwhelmingly from overseas. Its most sought-after service is plastic surgery.