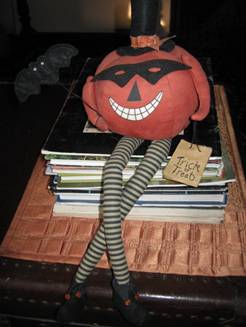 On the page 2 of the November 7th Granma, there is an article by the journalist Pedro de la Hoz, who is now also one of the vice presidents of the Cuban Writers and Artists Union (UNEAC), where, honoring his last name (in English ’hoz’ means ’sickle’), railing against the recent celebrations in Havana of a cheerleading event, the celebration of Halloween in some recreation centers with the participation of costumed young people, and even the wearing of clothing with the American flag.

The character, calling on crossover Stalinist-style ideology, shouts to the heavens speaking of banality, sexism and sentimental silliness, asserts his right to expound on his arguments and judge those who don’t think like he does.

All correct: everyone can think as he likes and defend his opinions, which is not a very common practice in Cuba, where the media only publishes those characters with ties to the regime, among which the man in question is an example.

It struck me that de la Hoz, so concerned about foreign influences, although he recognizes that we live in a global village, has never defended Cuban traditions related to Holy Week, Christmas Eve, Christmas, seeing out the old year and seeing in the new (without additional ideological elements) and, in the case of Havana, the celebration of Carnival, which has been totally lost and has nothing to do with the current booze and food binge, to name just a few.

I don’t think that celebrating Halloween, practicing cheerleading, wearing a shirt or short with the stars and stripes and even celebrating Thanksgiving threatens national identity. Working against our national identity is forgetting our customs and traditions, social indiscipline, lack of respect, rude language, and generalized marginality, street violence, corruption, double standards, opportunism and many other evils.