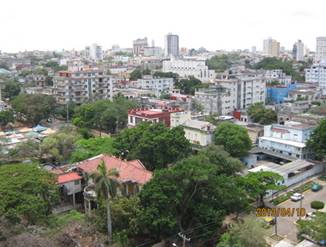 In defense of the current Cuban model and its updating within the straitjacket of the so-called Guidelines, some citizens are frightened by the idea of the possible restoration of capitalism in Cuba, mechanically repeating verbally and in writing all the propaganda that has been overwhelmingly spread by the news media. Nobody stops to point out the negative aspects of the current model (its main critics lie precisely within them), they simply deny the positives of change.

Fifty-six years of capitalism in Cuba, despite its shortcomings, problems, fratricidal conflicts, dictatorships, politics, theft of public funds and other misfortunes, represented development and wealth, unlike fifty-four years of socialism, even with its many misfortunes, which have only represented underdevelopment, involution, lack of productivity, backwardness, poverty and accumulation of problems, both old (lack of housing, unemployment, racial discrimination, etc.) and new (lack of possibilities, exodus, inefficient services, social indiscipline, arbitrariness, bad manners, rudeness, etc.). These realities, however much they try, cannot be hidden: they appear whenever you explore, even superficially, our past and present history.

In recent days, at the current session of the National Assembly, they have repeated the need to perfect the socialist state enterprise, forgetting its failure for seventy years in the former USSR, forty in the former socialist countries, and fifty-four in Cuba. They also have declared that socialism is the compass. Ideological stubbornness has never solved any problem.

To continue parroting these absurdities is to lose resources and time. What’s important is to end the current impasse and join the real world. The work isn’t easy, but it will only get harder if we don’t all join together in our efforts to achieve it.