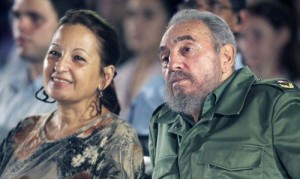 From all sides comes the news of layoffs in Cuba, some with the illustrious names and surnames of officials who rose to the top of the pyramid of power, where at times they renew the loyalties and new figures swear fidelity and allegiance to the gerontocracy perched on the top of the triangle.

Some days ago, a note in the newspaper Granma, and read on National Television News, railed against Yadira Garcia, replaced as Minister of Basic Industries, the agency in charge of sectors such as nickel, petroleum, cement and electricity.

The illustrious lady was appointed five years ago, following the exploits of her predecessor, a man named Marcos Portal, married to a niece of Commander-in-Chief, but with the reputation of a pragmatic and modern technocrat. No one commented on the incident; who cares about the ups and downs of the roller coaster?

We know that in the crowded roster of the Cuban bureaucracy officials compete for the favors of the despot; the more they humble themselves they more they receive, surviving in office or ascending to a higher position; which is obvious if we start from the immobility at the heights of the kingdom.

Among the highest and most subservient officials there is no shortage of females; some have already gone to a better life; others continue fighting it out administratively. Among the most famous ladies appear several guests of the Olive Green Inferno and Paradise, like Celia Sanchez Manduley, lover and secretary of the Commander-in-Chief, Vilma Espin Guillois, the now deceased wife of General Castro; Melba Hernandez and the suicide Haydee Santa Maria, wives the distinguished Jesus Montane Oropesa and Armando Hart Dávalos respectively.

Thus, between “the history of struggle” and undershorts of the husband — or lover — these women traveled from the top to death in decision-making positions in the chronology of despotism. Around Celia was spun the legend of benefactress of the poor and guardian of the roles of the Maximum Leader. She must have been in the habit of asking and “denouncing the evil done.” There are still the naive who write to the Council of State, as if to Saint Celia, who died in January 1980, could meet their demands.

To our knowledge, the ascents of Yadira García differed and converged with the mentioned guerrillas; principally in her struggles with the seductive Commander in Chief, fascinated by her charms when she was studying engineering. Indiscreet officials count on “loyalty to the leader,” an amatory vocation and a passion for the great tasks of the courtesan. Thus, Yadira, like other famous ousted ones, rose from the Federation of University Students to the Bureau of the Communist Youth and thence to the Party Central Committee, which named her First Secretary in Matanzas and later Ideological Secretary, a kind of Ministry of Truth of the regime. 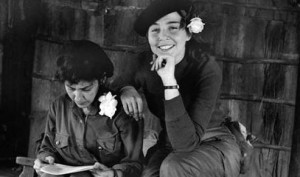 I suspect that her subordinates in Basic Industry will not be surprised, because in Matanzas she already got her comeuppance when she was leading the region. They had to replace her in 2000 following the uncovering of corruption in Varadero, but the Commander appointed her head of the “Battle for the Rescue of Elian,” and then consecrated her Minister. Maybe she will now re-emerge, like a phoenix, as she doesn’t lack experience, is attractive and wants to survive.

I think the daily Granma should not rail against the ladies and gentlemen who descend the pyramid of power. It would be better to say goodbye, thank you and good luck in the basement, where they join the legion of poor people who struggle every day without cars, mansions and money, like the old Mao Zedong when he led China, an ally of our Olive-Green Little Gods.