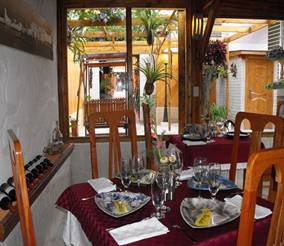 It’s no secret that in our society, and even within the government itself, different positions are debated about how to confront and resolve our economic, political and social crisis. The honeymoon era, based on a supposed monolithic unity of all the components of the nation, which ultimately was never for real, has been left behind and is just a bad memory, displaced by the winds of change of different intensity and direction.

In recent days, some characters of known inflexible affiliation, fearful of losing their precarious positions and privileges, even with the small and slow changes introduced mainly in the economy, have targeted the so-called new rich,  principally the successful self-employed, preaching to unleash a witch hunt, something we have always had plenty of: for example Bird-on-a-Wire*, The Battle Against the Pots**, etc.

The demons being exorcised now are quinceañeras (huge parties for girls’ 15th birthdays), dressing in the latest fashions, listening to contemporary music, eating ham shank, drinking Coca-Cola and preferring Disney cartoons. Also included are some owners of vehicles dedicated to passengers and cargo which, according to these characters, has nothing to do with the culture. It seems incredible, but it is real. The absurd proposals to change the situation do not bear repeating…

Nevertheless, times have changed and people have as well, though perhaps not as much as we would have liked, but if, before, prosperity was punished by word and deed, now, at least in words it is not the case and, indeed, it is emerging strongly, hence the spear launched against it.

For myself, I don’t care about the new rich, provided they have obtained and obtain their wealth with their talent, initiative, hard work and determination. Both those who have become rich from the spoils of ancient wealth for their riches, arguing the necessity of converting it into the property of the whole people, which they did, transforming it into state property where some, acting within the state, obtained and derived their wealth, positions and privileges, adding to them at the expense of the misery of the citizens.

Nor have I ever believed in a false equality, which really only equaled poverty for the majority of the population, while a privileged elite has remained and continues “on top the ball,” as a popular song says, far above ordinary Cubans.

Translator’s notes:
*Bird-on-a-Wire was a police operation in February 1982 against speculators who were cornering rural markets and charging exorbitant prices for the goods.
**The Battle Against the Pots: The “pots” (wealthy people) were accused of diverting state resources to meet their own needs (for example, using a state-owned crane to lift a water tank onto an individual’s house).