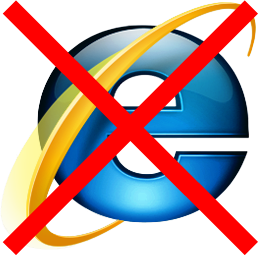 A ghost runs around Cuba: the Internet ghost. A month after the arrival of fiber optics from Venezuela to create a much faster information and telecommunications highway — some media outlets are predicting speeds three thousand percent faster — the government seems to be looking for excuses to justify why, once again, it will continue violating our most basic rights, preventing us from freely accessing information from our homes through Internet.

Until recently the government alleged it couldn’t open up Internet to the “entire population” because, as a result of the US Embargo, Cuba was accessing Internet via satellite (Wi-Fi), slowing down connection speeds. This argument has been heavily debated in diverse sectors who, in spite of not being experts, question why the country didn’t expand its contract with satellite providers and installed additional servers to diversify the possibilities and provide and widen the service offering to a larger number of users. Also, if connections are truly that slow, why not give us the possibility, just like foreigners living in the country, to pay for access in spite of its slowness? Why marginalize fellow compatriots?

It seems that the rationale of this elite — mostly “angry” (irritated and tense) — which prevents us from browsing the Web is to continue discriminating and dividing our society with its repeated practice of extortion and influence; and they use the access to the net as one of the perks they usually give grant to their hardcore followers who are employed in key positions or positions of interest for the power elite.

I share the idea of ending the U.S. “blockade” or embargo against Cuba, but I also want to end the mental blockade of those in power, who pretend to be more interested in “breaking the blockade” of independents — who dare to use our freedom of expression with “fists and pens” — and in violating the right to information of the Cuban people. Working so everyone enjoy the technological advances they enjoy and defending the access to these sources of information that is also part of our rights, as it is part of our culture and general knowledge, and enriches, complements, and consolidates the cognitive universe.

Since the announcement that we would be able to access broadband Internet, people on different television shows were optimistic about the possibility of providing the masses with that tool that frees them. They begun to expound on the importance of Internet in culture, as a research tool to find all sorts of information, as a tool for the development and diversification of economic projects, etc.

At the XIV Convention and International Fair of Informatics 2011 hosted this past February in Havana there was evidence of the natural social appetite, but apparently protests in Egypt and other Middle Eastern countries have sparked fear in the authoritarian Cuban oligarchy, and again, freedom was sentenced to death by shooting.

This is why it is becoming harder for them to support the argument of the benefits and justice of the Cuban political model, the respect of Cubans’ rights, and find themselves forced to put together television programs with the same old and abused arguments.

If the Internet is a poison, the best antidote against it is democracy, and the best antivirus to detect and discern any malicious code is culture, education, and freedom. Hence, the reiterated public assertion of government leaders stating that Cuba is the most educated and cultivated country in the world is a clear contradiction that no one understands.

If we are so smart, why can’t we access alternative information sources separate from the central state? Education and culture, to be true and not just propaganda, must be divorced from censure. Many of us wonder how can some have so much power and so much fear at the same time.

We know the government erected its flags over the pillars of health and education — both things currently in crisis — in the militarization of society and excessive and efficient (for them) control. It has been an easy feat without political parties, real unions — ones that answer to the needs of workers rather than administrators or the only political party — or an organized civil society looking for real solutions to their problems and capable of organizing and facing its challenges.

It has been a model disloyal to all ethical standards of governability. How easy it was ruling without alternatives to elect, more attractive political agendas to support, or even other points of view to listen to! How angry they must be for not being able to control the Internet they way they controlled the printed press, the radio, and the TV in the 60s! But modernity and technological advances are winning the battle, and every time they repeal any of the civil rights they, they become violators in the eyes of their own fellow countrymen.

There is no need for anyone to point at the facts: they are their own defense lawyers, but also their own prosecutors. The fact of the matter is that, as usual, they need to create the illusion of a plaza under siege to justify to their followers the reasons behind a new act of injustice. It is likely that the purpose is to condemn the Internet to life in prison without right to appeal. I hope I am wrong! but if the Cuban government is attempting to switch that light off, they might get away with it for some time, but I doubt they will be able to keep censorship forever.