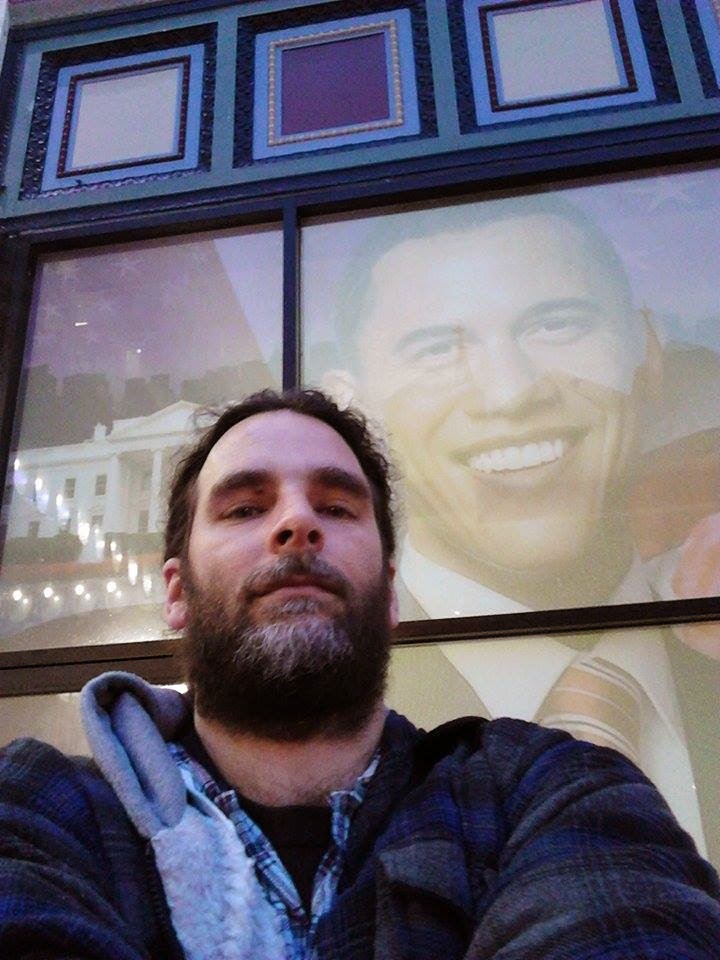 Barack Obama, behind, channeling the corpse of Hugo Chavez

The presidents of the USA have been a taboo subject in Cuba for 55 years. The image of the Bad Imperialist can only be authorized by the top propaganda authorities of the Communist Party (the only legal one on the island) or, when appropriate, by the very Council of State.  The idea was to depersonalize and discredit all the men of the White House (the documentary pamphleteer Santiago Alvarez embodied the vile vanguard of that mission). The external enemy has to be artificially animalized, to be slain just the same as one more internal opponent. Only in that way, by a simple media comparison for the eyes of a captive audience, would the elevated image of our Maximum Leader shine brighter in our hearts.

Fidel the future, Eisenhower the fossil; Fidel the strapping, handsome proletarian, Kennedy the bourgeois little asshole; Fidel the internationalist warrior, Johnson the international warmonger; Fidel sincere to the bone; Nixon scandalously phony; Fidel the perpetual comrade; Ford this year’s fleeting model; Fidel the pitcher, Carter the catcher; Fidel the still-young star, Reagan the nearly senile stuntman; Fidel in the “Special Period in Times of Peace,” Bush the bombings of post-perestroika; Fidel celibate, Clinton promiscuous; Fidel the horse, W. Bush the jackass; Fidel the dove who has been robbed several times of his Nobel Peace Price, Obama the white hawk with a blackbird’s feathers (the official Cuban press racistly accused him of betraying his own race).

After nearly a decade of being censored in Cuba (in spite of receiving the clear signal and being invaded by Cuban personnel), the TeleSUR channel started to be free in Cuba as a gift from Raul in the New Year. Now it’s not just the pirate patch of Walter Martinez on tape, savoring the Bolivarian mush to the illiterate and fanatics of the continent, but rather, since January 2013, it’s finally Mr. Barack Obama, live and kicking on every TV in Havana.

And, to the confusion of everyone at home, it turns out that the skinny kid from The Mulatto House in Washington doesn’t shout, nor present a threat to the public with his hooked fingers, nor wear a military uniform, nor spend hours and hours giving speeches to the millions and millions of his Babylonian nation. To top it off, the guy looks like a citizen and, as such, talks about urgent environmental concerns, about minority rights (representing the local LGBT community better than our National Assembly), or social projects that don’t need another half-century of sacrifice (while at the same time the police authorize a protest against him).

In my surveilled neighborhood of Lawton, after seeing this unheard of thing—a civilian president who does not preside in perpetuity—there were those who made the joke that the next People’s Power electoral ballot should include an extra box to check for “Deputy Obama.” I should publicize that humorous story online. OK, now I’ve done it here.

If I were the Cuban government, I would not take so lightly the symptoms of satisfaction or scorn for our socialism within the Cuban neighborhood. And, just in case, I would prepare one more chair in the Palace of Conventions. The slogan of the plebiscite of the Castros to the Castros in 2018 could well be this: