Luis Felipe Rojas, 9 July 2016 — José Abreu Felippe has become a goldsmith. He’s a guy who’s creating a city that will be lost, and he wants to change it into a jewel that we all will carry with us. Poesía exiliada y pateada (Alexandria Library, 2016) collects poems of seven Cuban writers who already have left for other worlds. They are beings with lives twisted by existence itself, and even so, they wrote in verse and kept their fingers on the trigger for generations of readers and writers to come.

They are Eddy Campa, Esteban L. Cárdenas, Roberto Valero, Reinaldo Arenas, David Lago, Jorge Oliva and René Ariza. Felippe read a poem from each one in the West Dade Regional Library of Miami. There are two routes these bards took: insanity and oblivion, but in both meanings, their transfiguration of reality preserved them for us. The power that they imprinted on their verses has left them a little more beyond the popular imagery.

“What a well-made trap they have set for us / we who are the mice and the bait / the wall and the point of the sword / the funnel and its narrowest cone,” René Ariza tells us while he practices his actor’s skills, crossing toward eventual liberty or death in a sprint from the port of Mariel in 1980.

Reinaldo Arenas pierced all his narrative with lashes of poetry. Abreu affirmed it today in his presentation at the bookstore: “Rei [sic] was, above everything, a poet. A total poet. Poetry is in all his work.”

Nor is it by far the first or most complete selection of deceased poets in exile. Felippe mentioned the investigation that Felipe Lázaro has done from his headquarters of Betania in Madrid, but each brick put on this wall where we all stop to read helps… a lot.

Here many more are missing, clarifies the journalist and writer, Luis De La Paz: “….too many perhaps — among them the young suicide, Juan Francisco Pulido, and José Mario, founder of the El Puente [The Bridge] group, to mention only two — because in the background all, or almost all, poetry that has been created in exile has been birthed with pain.”

Many more are missing.

The presentation was preceded by the words of the poet and ex-Cuban political prisoner, Ángel Cuadra, President of the PEN Club of Cuban Writers in Exile, as well as by the commentary of the journalist, Luis De La Paz. 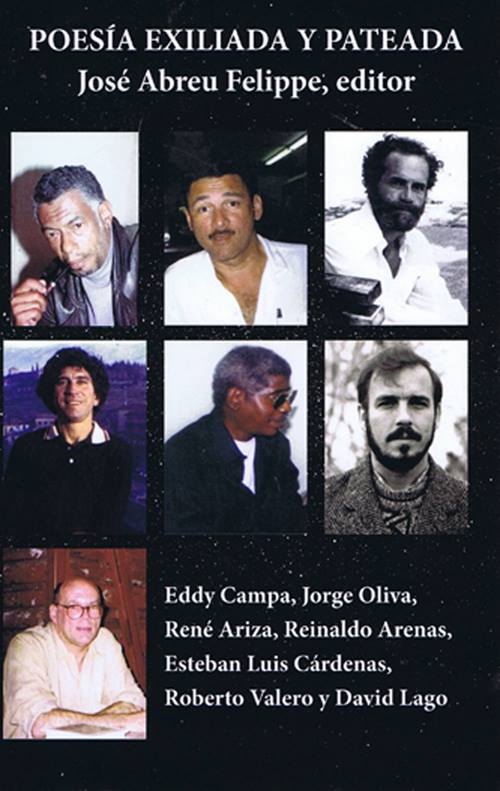