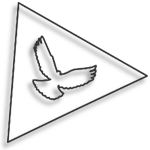 Rosa Maria Rodriguez, 3 March 2015 — The Civic Project “Cuba Speaks Up” is a reality. On February 19th we completed the pilot phase of the survey entitled Doxa and we are already starting the final field work. This study, for us as much consultative and participatory as observational—as usual with polls—will give us the measure of the state of opinion in a diverse segment of the population in relation to various topics of interest, and with the results we will develop a sociopolitical program more democratic, authentically representing citizens and largely supported by the popular will.

In the pilot study we surveyed 85 fellow countrymen in the provinces of Matanzas, Camagüey and Havana. We hope that soon, as we anticipated when we conceived and designed this initiative, we can extend this survey throughout the Cuban archipelago.

This purposeful design, which we presented as a draft during our trip to Mexico from December 1 through 5, 2014—when we were invited to a joint event of the Christian Democratic Organization of America and the Konrad Adenauer Foundation—was born from our clear democratic vocation and the recognition and respect of all Cubans, wherever they are.

We who are dedicated to politics usually draft proposals based on what we think the people need, and then ask the people to support us. With this project we want, in modesty, to reverse the procedure and truly empower citizens. To consult them and take into account their views, in order to prepare a political platform of consensus.

The recently concluded first phase provided us a successful interaction and social feedback, which have put into perspective the need to “open” some points of “Doxa A” for carrying out further surveys and covering as far as possible all the basic themes to consider in an inclusive and participatory political project.

What do we Cubans really want? Why not ask us? Since the power there are precedents—very  few in fifty-six years—of polling society manipulated by the authorities. Such procedures prevented those consultations from being taken seriously by international observers and by the people themselves, while further lowering social self-esteem and creating in the population a disinterest in and even a rejection of these topics that by now have become chronic.

So far, we have looked unsuccessfully for a place to host an online version of the doxa, but once we get to publish it, we will present here the address of the place where, if you are Cuban, at least sixteen years old, and want to stop being a passive spectator by becoming a protagonist of your national history, participating freely and democratically, filling out the survey and letting us know your opinions. If you have any questions about “Cuba Speaks Up” you can write to cubaopina2015@gmail.com and by return mail we will try to clarify any doubts. Please join!

If you are interested, you can download the documents from the Civic Project “Cuba Speaks Up” below: