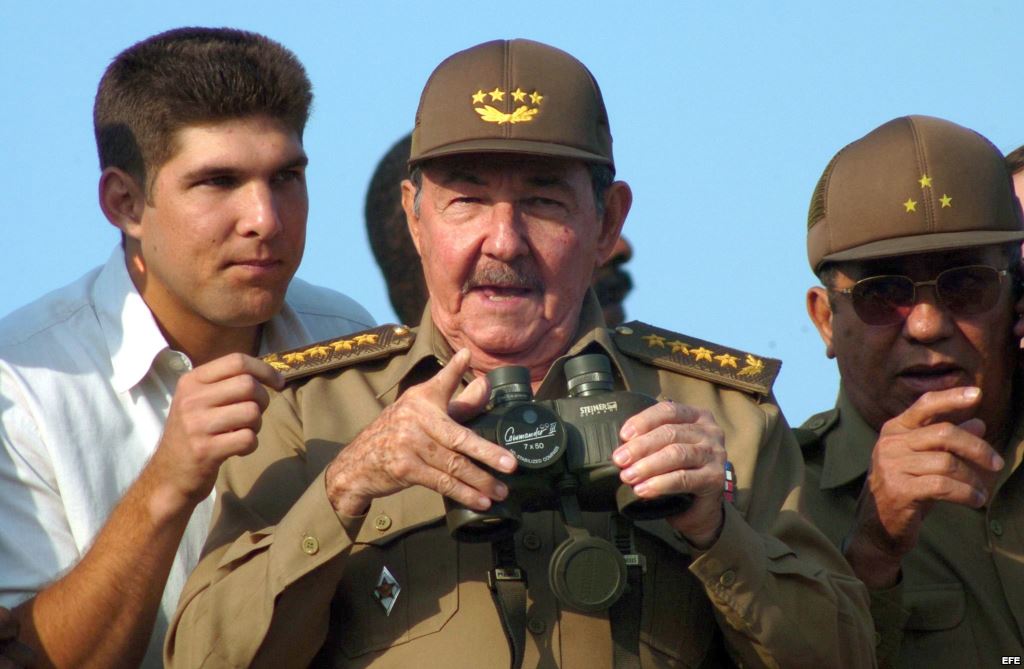 The “National Defense Council” is, in exceptional situations, the highest institution of power. Whenever it meets, it is charged with internal order, security, foreign policy, military forces, plus all the economic, legal and social activity of the country.

So it is logical to understand why the luggage of the Cuban leaders are filled with reserves of Imodium, Kaopectate, Pepto-Bismal and all the anti-diarrheals in existence, before leaving for the Extraordinary Summit of the Group of 77 plus China, held in Bolivia, the Army General Castro Ruz called for a Defense Council his First Vice President and his Vice Presidents and a select representation of civilian and military.

The topic was the illegal slaughter of cattle that — as argued — is aggravated in the current socioeconomic circumstances: recording-breaking in southern Cienfuegos. The Pearl of the South, as this beautiful city is known, is the province where the highest rate of cattle theft and slaughter.

The pandemic of killers — as revealed in this important meeting — is seriously affecting the national economy; it further reduces the almost non-existent cattle herd and affects the animal heritage of the State companies, cooperatives and individual producers.

This fact, and other administrative issues that of course are ignored, were responsible for the insufficient availability of beef cattle for people’s consumption (as if citizens even received beef), with effects on the food industry, tourism and even light industry because of the lack of skins for the making of shoes and other leather goods for export. The words fly, we know that during the important meeting there was talk about creating rules and measures intended to exercise more control over the livestock industry, and making new regulations aimed at exorcising the evil of illegal slaughter.

The Revolution dictates, and the revolutionaries comply with the need to confront the problem by creating a joint integrated commission for officials from the Ministries of Justice, Agriculture and the National Police, with special participation in the issue by the forces and measures of State Security.

For the first time, to anyone’s knowledge, in a government meeting no one mentions “the Blockade”; I imagine that it’s pretty convoluted to blame the United States for the Cuban amateurs. But the prize for the day’s hero, or the fool of the moment, depending on your point of view, was won by Gustavo Rodriguez, agricultural engineer and Minister of Agriculture.

The comment is heard among the most select gossip of the Cuban political class.

They say that in the full meeting, where the job is to obey, the man, armed with the courage that comes from ingenuity, and not rebellion, criticized the inefficient of the State and its legal mechanisms. He said that, “Increasingly severe criminal penalties haven’t been able to stop the crime; we should recognize the farmers’ ownership of their animals and implement other alternatives to address the problem, such as legalizing and regulating the controlled slaughter of cattle, and gradually implement it, in an experimental way and with a tax policy and prices capable of governing the trade in beef.”

“El Chino*” got upset and let out a shout that was heard in China; leaving the only alternative and unanimous proposal to increase repression, sanctions and the prison population. Oh! And to keep under observation the opinion offered by the comrade minister.