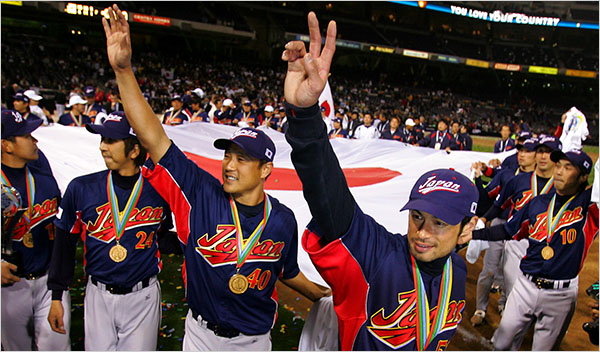 Responding to the alarming deterioration of baseball in the largest of the Antilles, the Cuban hierarchy that governs the sport of balls and strikes shouted for help from Japanese consultants.

This news has raised indignation among fanatics of the sport. No one doubts the quality of Japanese baseball. They won the championship in both versions of the World Baseball Classic, an event of the highest quality, where the best players on the planet compete. And in the Big Leagues, baseball players with slanted eyes play with great skill.

The local debate centers on the manner of interpretation of baseball in the land of the rising sun. The Japanese philosophy of play, its strategy, and training are completely distinct from those of the nations of the American continent.

According to sources within the Cuban Federation, the directors are most interested in Japanese style of pitching coaching and preparation. Although, the possibility was left open for instruction in areas of hitting and field play, as well.

After Fidel Castro abolished professional baseball in 1962, many players of paid clubs left for the United States. Those that stayed on the Green Alligator, like Gilberto Torres, Fermín Guerra or Conrado Marrero, began to coach new amateur players.

This assessment gave fruit. In the span of a few years, the amateur player elevated his quality of play, and towards the end of the 70s and through the 80s, possessed a level of play comparable to a AAA player in the United States.

But the old stars have died, or are home-bound, like Conrado Marrero, who will turn 100 on August 11, 2011. A significant number of valuable coaches, formed in the sporting institutes after 1959, have fled Cuba or are sharing their coaching knowledge in other countries.

Some experts see the Japanese assistance as an affront. It is as if the Spanish soccer league, La Liga, for the brutal difference in skill existing between Barcelona and the rest of the clubs, were to ask the assistance of The Netherlands to increase the competitiveness of the league.

All baseball lovers recognize that Cuban development methods and training are old-fashioned. The ideas of the managers are from the middle of the twentieth century.

Lack of information, bibliographic works, and internet access, and inability to follow the Big Leagues, the best league in the world, on TV, has created a lethal ignorance among pitching and other coaches, who, on occasion fail to recognize the latest techniques and statistics of baseball, in the United States and other elsewhere.

In light of this crisis that has rocked the national sport, with more than 350 baseball players deserting in the last 15 years, directors of baseball have approached the Japanese, who, in my opinion, have little to offer, in terms of history or methods.

I do not see a Cuban pitcher adopting the draconian methods of training to which Japanese pitchers are subjected. In Japan, a pitcher throws 120 pitches daily, with no regular downtime between sessions. Japanese pitchers have a limited shelf life, eight or ten years maximum. Those who arrive and perform well in the United States, in the span of five years, fall into mediocrity.

This rigorous work forms part of the Japanese philosophy, and the Asian philosophy in general. It has given them results, but on this continent there are different ideas about the game.

Cuba needs to adapt to the new techniques of baseball. We must look to the United States. The embargo impedes open assessment of the Cuban game. If the Castros would change their absurd politics and lift the clauses that prohibit Cubans from competing in the big tent, the story could be different.

This lack of vision has transformed the national pastime of baseball into a low-quality spectacle. Before 1959, Cuba was the country that sent the most players to the Big Leagues. That title is now held by the Dominican Republic, with nearly 400 players.

The culture of the island has always been one of sugar and of unbridled passion for baseball. Fidel Castro buried the industry of the sweet grain, and baseball is heading down the same path.