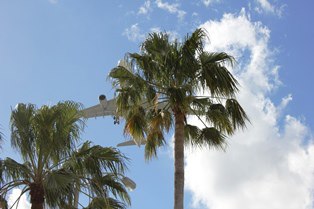 The title came from Ramón Tirso, one of the most hardened and prolific lecturers that I know on the whole Island. Tirso has spent time in three Cuban universities, studying the most disparate careers among them. From physics to art education, with a stop in pedagogy of the English language (today he speaks four languages), my friend from Camagüey complains about the lack of connection between our country and the rest of the world.

Precisely now that international borders are being erased thanks to the information highway, the country is locked up tight as a drum. Every day Cuban writers (those eternal ambassadors) communicate less and less with the living centers of international literature. The entrenchment of the so-called engaged intellectuals, owing to their affiliations with the ideological apparatus of Havana, has rendered them truly unknown among their peers beyond the seas.

Let’s take for example Leonardo Padura Fuentes, Cuba’s “most successful representative today.” Translated into 18 languages, Padura’s novels are displayed on the shelves of the libraries of prestigious universities, the author is received by important academies of letters but he is unable to be an interlocutor to bring a message to his followers there in the island.

The novels of the author of The Man Who Loved Dogs are sold in our country at a rate of a few hundred copies in the increasingly unattractive Havana Book Fair… and “if I’ve seen you, I don’t remember”, according to the refrain (in other words, I don’t want to remember). The numerous literary prizes (including the National Literature Prize), decorations or even privileged appearances in the only three national newspapers, do not give him a million readers. The only million copies distributed in Cuba are those on the “ration card.”

With an emissary like this, we are perfect strangers.

Each people needs to stretch its tongue, run it along through the world’s trails so that they know how their village speaks, and in their village they may know what paths their thinkers retrace.  How can they live decades without the interviews, the fears and descriptions of the creative processes of a Borges, Phillip Roth or the best of journalism that marinates Europe or the Middle East?

The fictions of Guillermo Cabrera Infante and Reinaldo Arenas were known from their own saddles in England and the United States, respectively.  If their works are known today within Cuba, it is not due to editorial policy but to the animosity of its rulers.

The painstaking work of some good Cubans and their friends made issues of Havana for a Dead Infant and The Color of Summer pass among the complicit in order to travel what should have been a common path.  But those fictions of which I speak found, more than a thirsty reader, a tired citizen.

A battlefield, a devastated grassland

Making of Havana a fermenting center of the intellectual and combative left in past decades generated one of the most abominable literature that you might find, readers corrupted by the slogans of the barricades and the appellation of being perfect, idiots and Latin Americans, names which are going to take us a century to live down.

A simple practical exercise suffices in order to know how we are doing in terms of literary consumption.  I invite anyone to try to get a permit to access the archives of the Jose Marti National Library, without passing through the tribulations of a hellish bureaucracy or a string of negatives that lead him to desist.

And what, today, is the arsenal of the provincial libraries? When do they ever update their stacks with books that don’t come from the political publishers, Olive Green, the Social Sciences, or those already common bricks that praise comandante Chavez?

From a nearly monthly update as we had in the ’80s, we’ve gone to a laughable annual Havana book fair to see an interesting book from another country. At this rate, in addition to leaving us with no memory of the world, without messages, we are left without readers.

Translated by: Scott Miatech and mlk