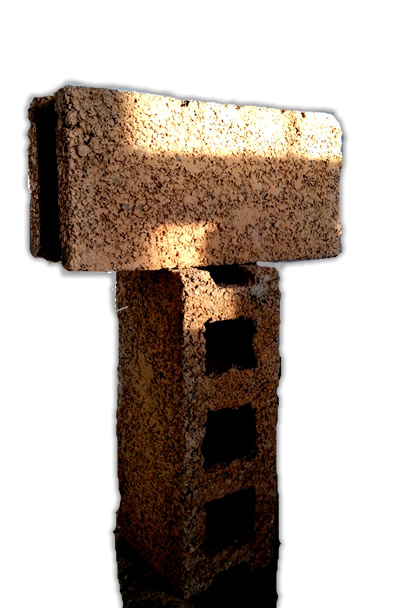 Beto was one of those who handed out beatings in August of 1994. With his helmet, his mortar-splattered pants and an iron bar in his hand, he lashed out at some of the protestors during the Maleconazo. At that time he was working on a construction team and felt like part of an elite. He had milk at breakfast, a room he shared with other colleagues, and a salary higher than any doctor’s. He spent the years of his youth building hotels, but a decade ago, when his brigade was demobilized, he became unemployed. He didn’t want to return to the village of Banes where he was born, not him, nor many others of that troop ready to build a wall or break heads.

Several of these construction workers were allowed to settle in a makeshift neighborhood in the Havana suburbs. The received the benefit of permission to build a “llega y pon*” — a shantytown — near Calle 100 and Avenida Rancho Boyeros. A crumb, after so much ideological loyalty. Without the perks and high wages, many of these bricklayers had to survive on what they could find. Beto set up a workshop for fabricating “creole bricks.” Other neighbors in his makeshift neighborhood also dedicate themselves to building materials: sand, stone powder… bricks. With the new relaxations giving permission for the repair and building by one’s own efforts, the business of “aggregates” prospers, involving more people every day. The producers, transporters, brigade leaders, and finally the men who load the sacks on the trucks. A chain of work — parallel to the State’s — more efficient, but also at higher prices.

Beto doesn’t like talking about the past. In his shirt full of holes he walks between the stacks of Creole blocks coming out of his little factory. When he sees one that has cracked or that has a broken corner, he shouts at one of his employees who mixes the mortar for casting the molds. He carries an iron rod in his hand, as he did on 5 August 1994, but this time it’s for knocking against the blocks, checking the strength of his product. He frequently glances over to the little house he is building at the end of this unpaved street with no drains. For the first time he has something of his own, something no one has given him. He is a man with neither privilege nor obedience.