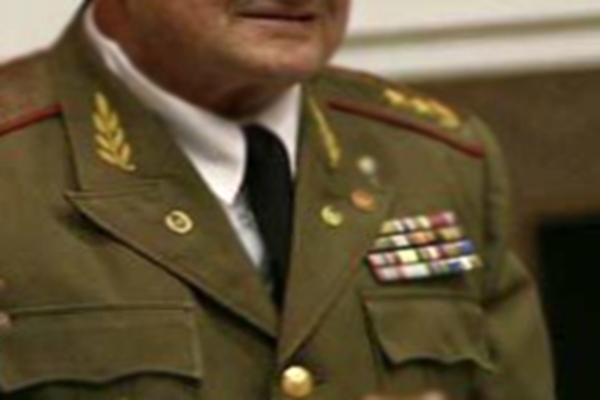 HAVANA, Cuba, January, cubanet.org  — It does not matter whether his name is Armando, Pedro or Juan. What is important is that a few days ago my neighbor the colonel and I found ourselves briefly chatting face to face at the entrance to my house. Such are the oddities of life. He, wore an old coat and a scarf wrapped around his neck, apparently from one of the former Soviet countries. I then wondered where the average senior citizen might be able to buy a coat and scarf to wear during these cold winter months.

It was the first time we had spoken, though we see each other almost every day. The reason was immediately obvious. It all started with poor quality of the bread, which we buy at the same place on 17th Street in El Roble, a neighborhood in the Santa Fe district of western Havana.

“It’s because they steal the fat that goes in it,” I said.

“The salt too,” said the colonel.

We talked about things that later he might have had reason to regret, but I took the opportunity to encourage this exchange since it is not often that such a spontaneous conversation takes place between a government opponent and a colonel, even a retired one, in the middle of the street on a cold January afternoon.

“I wonder how they will put an end to all this theft,” I said, trying to look naive.

“It’s difficult. The problem has been going on now for a long time,” he said. “In my village back in the 1950s it was unusual to come across a thief. The police were mainly concerned with drunkards and revolutionaries.”

“And there weren’t even that many drunks back then,” I added. “Those were the days.”

We then launched into an analysis of the Cuban experience. He did not defend Raul Castro’s “new economic model” (as I was expecting). Sometimes it even seemed to me he had his doubts, such as when he acknowledged that so far they had yielded no visible results.

When I asked him what he thought the path forward was, he pursed his lips and exclaimed, “I don’t believe in God. But if he exists, he must know what to do.”

I smiled. Was he making a joke? Was it a response born of pathos? I do not know the answer now anymore than I knew then.

“Everything started getting worse when the Soviets threw Stalin overboard and then Gorbachev gave Lenin the coup de grace,” he said. “The Russians wanted to stick us with a bill that was impossible to pay.”

And what about socialism in the 21st century,” I asked. “Does this suggest there will be civil liberties. In Cuba that doesn’t seem likely. Not long ago a government minister said that opposition political parties would never be allowed to take part in elections.”

“You might very well be right,” he said. “Things could change. Everything in life changes. But one must never lose hope, even if it seems there is nothing else that can be done. But if there is one thing that bothers me, it is how much the people are to blame for what is happening.”

“The people are tired,” I said, interrupting him. “They are exhausted. They don’t have hope. They have been living under dictatorship for many years.”

The word “dictatorship” brought him back to his own reality. He frowned, his face tightened and he waved to leave without saying goodbye. Maybe it was the cold evening air in those impassioned times which forced him to see the two of us as we really were: an old man, maybe a little less faithful to the three sprigless stars on the colonel’s uniform he kept in a closet, and an old woman who says what she thinks because she has nothing to hide.