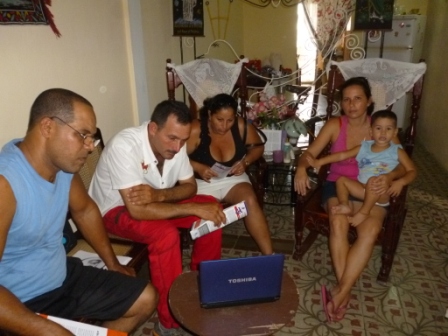 Constitutional Consensus advances from below, from those who know the least. Deep within the Island citizens, or rather those who aspire to be, join the project with misspellings, in the midst of smoke and sweat, fixing old bikes that deserve to be abandoned, and plowing the earth with one eye on the cow that needs to be watched.

What is happening is unusual at one point. None of the activists who run the initiative tells these people, forgotten and persecuted by a troop of fine collectors, what they should say. Like the plow, the pliers or the pastry flour, they just offer another instrument for them to express what they want in the laws to defend and how they want them to be written.

An activist, Marthadela, never tires of walking and pushing these tools to get answers, any answers, the come to the common people in the spirit of the new laws. And to her surprise, the result is immense and multiplying.

If you started sweating with one farmer in his bar on the ground, four farmers have already approached you do see if they can protect their cows from the voracious greed of the State. 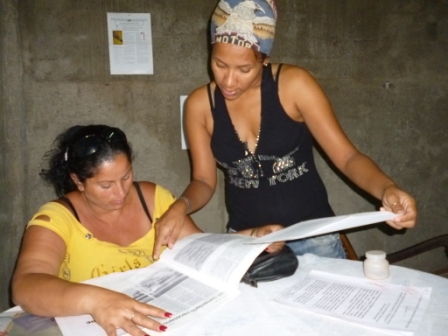 Another activist, Carmelo, makes it so that at a Constitutional Initiative Discussion an apparently exhausted and lost citizen speaks up to say that the only thing he knows is that no one, not those above and not those below, should be above the law, which has occurred in Cuba since the first day of 1959. An idea worth its weight in gold because it took several centuries to give birth to it.

All this gives us confidence. If these ordinary men and women assume that the law and its defense is worth the trouble it means we come together again in a civilized way one of these days. But what is likely happening is common sense is the best soil for the sense of rights.