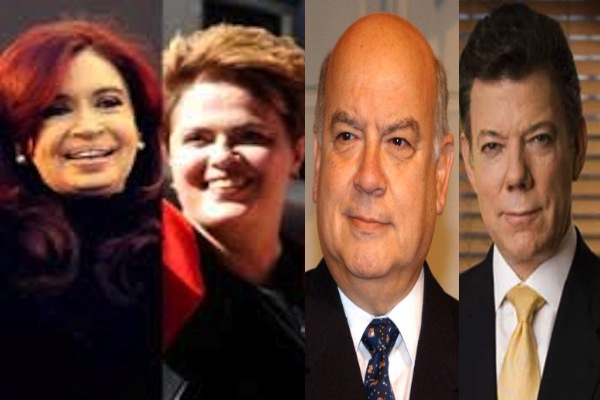 HAVANA, Cuba. – The open crisis in Venezuela confuses all of Latin America and the Caribbean. It has an important economic component. Many of the small countries of the Caribbean basin, turned client-states, foresee the loss of the cheap oil prices Venezuela has been providing. This may be a small consideration for most, except for Cuba.

A shift should be easy to navigate for those barely viable and sparsely populated nations; no one knows why they changed a safer and more stable economic relation with the US, for a cheaper but clearly less reliable one with Venezuela. Surely, we know that strategic thinking is what the region lacks. To change oil and freedom, for oil and conditioning is a very strange move to secure independence.

However, the most important point of the Venezuelan crisis at the hemispheric level, is the one that connects the strategic possibility of a model of integration  that is trying to develop, in Latin America and the Caribbean, the awareness and commitment of its elite with the values of its institutions, the growing struggle of citizens for self-recognition and the political intelligence of the leaders in the region.

Amid the silence of ALBA, Evo Morales withdraws to a nationalist but not at all anti-capitalist economic model despite his extravagant and poorly articulated rhetoric. His advisers seem to have more influence on him than those of Rafael Correa, who does not know how to respond to the crisis of his own model and the consequences of his erratic policies; one day he wants to be reelected, another day he swears he does not want to be reelected only to appear later, in a seeming act of despair which says little about his seriousness, threatening to seek reelection where we all thought was about a Citizens’ Revolution.

Meanwhile, Cristina Fernández de Kichner cavorts even better, defending democracy from the left and right; stating her support is not for Maduro but for the democratic process itself, while at the same time saying that the protests, which are precisely part of that democratic process, are a “soft coup.”

Juan Manuel Santos, trapped between the left and right, tries to save his difficult relations with Venezuela; while talking with the FARC and Havana, he is also forced to point out the value of democratic institutions and the need for dialogue in the other side of Tachira, even if it means being humiliated by Maduro. Mujica barely knows what to say, invokes UNASUR, which has little to contribute. Meanwhile, Piñera, on his way out, takes care to remind us that this happens because in Latin America almost everyone is dedicated to blaming the foreigners of the north, not the south, instead of looking for problems in their own entrails.

At the beginning of the Venezuelan crisis, Michelle Bachelet had the strategic intelligence to recognize a constitutional crisis in the country and recommend a plebiscite. She has been the only one in this sea of confusion to show vision. Unlike Rouseff who forgets her past as a student victim of the Carioca repression, and in this dramatic moment, allows herself  to be lead exclusively by the economic interests of Brazil.

Nothing unusual in the pragmatic tradition of Brazil and a Lula with global ambitions, whom we all envisioned at the International Labour Organization battling for workers worldwide. He steps from being a union leader to President of Brazil and finally ends up a representative of Odebrecht, a transnational if there ever was one.  And, in Havana, he allows himself the luxury of pointing out that Maduro is a man of good intentions. Thank God.

There is total disorientation. Even rhetorical. Maduro blames the Yankees, expels its diplomats while asking to talk to Obama and naming a new ambassador in Washington, almost all at the same time and within the closed cycle of events. He had earlier threatened to use the full force of the army against civilians, precisely what all fascists do, while accusing them of being Nazi-facists and inviting them to a peace dialogue for which he has no resources in his political and verbal memory.

The OAS seems to be slipping by Insulza, this man has lost every opportunity to show some kind of leadership and allows himself the luxury of coming to Havana to be rebuffed by his hosts in the face of the OAS. This is however, the only organization that has established consolidated mechanisms with reference, tradition and experience, but which has to be invoked in Mexico by Obama, the enemy, to the silence of Peña Nieto, the new Mexican friend of Castro, the coldness of Canada and the indifference of the rest.

And the Community of Latin American and Caribbean States (CELAC)? A newly released political ghost that no one in their right mind will talk about for a long time, if it even has a future. Without mechanisms, institutions, political representation and experience, CELAC, of course missed the opportunity to proactively respond to events in Venezuela through the vigorous defense of the democratic basis on which its integrative effort was founded, a defense that the presidents who participated in this political rock should have made. Not wanting to speak, from CELAC, about democracy in Cuba, has left Latin America and the Caribbean unable to talk about democracy in Venezuela, invoking the help of the ghost.

If it had done this, the youth of this new integration effort would have compensated with a clear and visible commitment in the right direction, and now Maduro’s rhetoric would have more legitimacy to obtain clear and consistent backups, alienating Washington, whom he has foolishly wanted to approach, from the shores of Venezuela. CELAC in Havana did not do the best it could and anyway, its leaders had to jump over the old principles of respect for sovereignty and non-interference in the affairs of other states they solemnly swore to respect: one way or another,  they have gotten into the internal affairs of Venezuela, now that many things are at stake. Starting with Havana, who has turned that country into a juicy backyard of oil, resources and XXI century essays. Until it dries up, if patriots there are unable to succeed.

No one really knows how to react in front of a crisis that once more puts in evidence the lack of leadership in Latin America: a leadership that, by the way, can only be reached by combining the values, interests and strategic vision of where the region wants to go. No wonder some elites, with some clarity, look to the Pacific where, as in the China syndrome, the United States appears once more. A region and a country that were not in the integrationist plans of Marti or Bolivar.