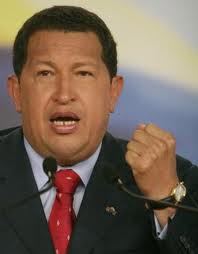 The struggle of the Venezuelan president Hugo Chavez is notorious, he doesn’t not want to leave this world, the instinct of every human, a difficult fight against the almost inevitable cancer.

The delicate state of health of the Venezuelan leader makes the Castro brothers tremble, their feelings go far beyond, direct to their interests, because they know what would happen if their purse perishes. All their plans would crash down and they would go all the way back, direct to a Special Period more serious than that of the ’90s.

The hope that some still have in the development of the country would be lost, the frustration necessary for the people to take to the streets to demand their rights.

So many things could trigger this loss, the Castro brothers fear the appearance of death at the window of Hugo Chavez’s room more than at their own.