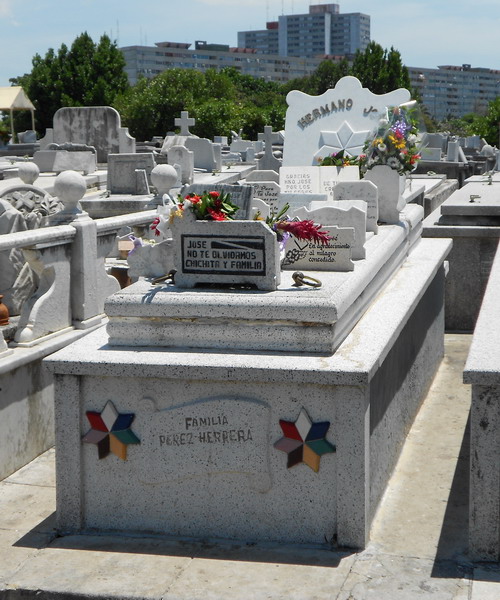 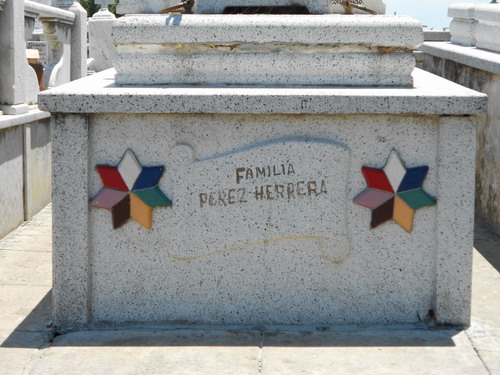 Three tombs constantly receive the worship of numerous devotees of the whole country and of many Cubans who, for one reason or another, left for other lands. They are the ones of Mrs. Amelia Goyri, the renamed Alberto Yarini Ponce de León and that of Brother José.

It’s curious that in the tomb where worship is given to brother José, is engraved the name of Leocadia Pérez Herrer, who was buried on June 3rd, 1962, and not of any person named José.

Leocadia Pérez Herrero was a well known spiritual medium, whose spiritual guide was the spirit of the already known Brother José. Spirit to which are assigned powers of healing and of granting impossible things. What is true is that this spirit, according to experts of the religious spiritual term, used Mrs. Leocadia to demonstrate on earth before hundreds of devotees or proteges, that after the death of Leocadia they are still visiting her.

The tomb is one of the most visited places in the cemetery of Havana today some people go trying to find consolation, others in search of the spirit of brother José, while hundreds as a way of gratitude leave tally sticks and stone plaques to show their approval or satisfaction for gifts given by such powerful spirit.

Each March 19th, devotees attend the tomb to give tribute to the spirit of José, a day in which the Catholic Church celebrates the celebrity of San José, husband of the Virgin and father of Jesus. My concern is that with so much devotion to this spirit, she who was in life Leocadia Pérez Herrera, may fall into forgetfulness, a Cuban woman who had not lived those times wouldn’t have had the chance to meet the spirit of Brother José.

The echoes of the drums, boxes and even a piece interpreted by violins are some of the ways in which many demonstrate their gratitude. When that happens there is no person among those visiting this holy camp, who does not feel curious or divert their walk to the place marked by two stars of seven colors.

The favor I requested has not been granted yet by this spirit, but before I finish this text I want to let out a little smoke from a Cuban cigar, to help with the viability of each of the requests in progress.