I scan the shelves, dusting off my memory for books over these last decades, in search of the titles that I must keep, at all costs, from the fire of oblivion. It’s not an easy task. Every author, every text chosen… is an act of betrayal toward the rest. Making a list of the essential becomes something as personal as choosing your child’s name or selecting who is with us in the most private moments. Because the good works, end up being — once read — like beings we want to share the rest of our lives with. We have given them a prominent place in our recollections, because they carry a part of ourselves, our doubts, passions, disappointments and hopes. If we try  to assemble a decalogue of the best books of the last few decades, we’ll more likely come up with a inventory of those that affected us and those that took our breath away. An enumeration of those that changed us, profoundly and irreversibly. 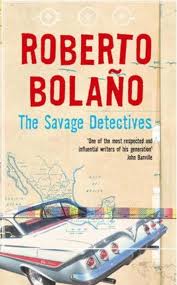 The Savage Detectives (1998) by Roberto Bolaño

In the footsteps of the writer Cesárea Tinajero, Ulises Lima and Arturo Belano follow an inquiry that will last twenty years. Superimposed on these investigations that center on the search for a poet who is an exponent of visceral realism, but that goes far beyond that to probe the limits of literature, politics and ideals. Redefining and mocking art itself, The Savage Detectives does not come off as a rehash of the noir that runs through Bolaño’s work, but also takes hold of certain structures of the historic novel and, with a good dose of tragedy — in more of the classical style —   leads its characters to a fatalism that the reader can predict from the first pages. Dissatisfaction, lies, ideals that blow up, weave a tough story, sacrilegious and irreverent. A mockery, like a sneer; a smile like a scream. 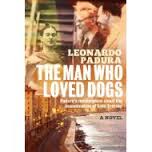 The Man Who Loved Dogs (2009) by Leonardo Padura

In its pages is laid out a complete historical investigation of the last years of the life of Lev Davidovich Bronstein, alias Trotsky. Jumping back and forth from the present to various points in the past, the test also describes the decline of of two revolutions, the Russian and Cuban. The axis is the story of Ramón Mercader, who assassinated Trotsky in Mexico and later found refuge in the Havana of Fidel Castro. Leonardo Padura places part of the narrative in the voice of Iván Cárdenas, a Cuban sunk in the hardships of the Special Period with its housing crisis, food shortages and lack of expectations. It is this man who hears from the mouth of Mercader himself — masked behind a false identity — the details of the homicide and the context in which it occurred. A devastating book, sweeping through all these story so exalted by an officialdom as full of pathological lies as it was dangerous, erected in the USSR and able to make Cuban officialdom disciples of its vices and habits.

Soldiers of Salamina (2001) by Javier Cercas

The testimony of Antonio Miralles finishes this novel by Javier Cercas on the turbulent and contradictory era of Spanish Civil War. Just as national troops are advancing towards Catalonia, Rafael Sánchez Mazas, writer and ideologue of the Spanish Falange, manages to escape from a collective execution. A Republican soldier gives him up, but ends up forgiving him and letting him flee with his life. Heroism like betrayal, or a deep attachment the pull of compassion disrupted in the act that opens the path to barbarism. The hero cannot be considered one, as he acts from almost irrational outbursts and against every rule. The anonymous man who lets his inner voice prevail and whom the war placed in situations where kindness and commiseration won out.

The Feast of the Goat (2000) by Mario Vargas Llosa

Published in 2000, this novel proved prescient for the later history of Latin America. In what most literary critics now consider the ultimate in the literature on the dictatorship, Mario Llosa Vargas returns to the figure of the Dominican satrap, Rafael Leónidas Trujillo. Shortly after the new authoritarianism installed on our continent, we would reflect whether The Feast of the Goat was a novel of past events or current realities. With an enviable dramatic tension, the book reconstructs a man enjoying an almost absolute power and expressing it in eccentricity, droit de seigneur, whims, a taste for humiliating those around him … a condensation of the worst satraps that have plagued our lands. The plot has three story lines which come together and precipitate the end. On one side, the return of Urania Cabral to the Dominican Republic after years of exile, on another the story of the men who planned the assassination of Trujillo, and finally the man himself on the last day of his life. With masterly writing Mario Vargas Llosa is enshrined as a versatile novelist, sharp and diligent in his research, and he would be awarded the Nobel Prize for Literature in 2010. 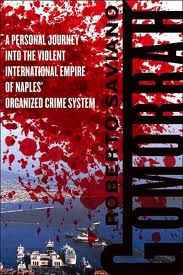 A combination of the genres halfway between investigative journalism and literature. A true story, raw, into the depths of the Neapolitan Camorra criminal enterprise. The consumption and the merchandise marking the tempo of the plot. Things like motives of pleasure and suffering. The most elaborate luxury supported in the mud of crime and illegality. Saviano also manages to follow the path to toxic waste, much of which ends up in the Italian countryside dirtying the environment even of those trafficking in the waste. An extremely well documented and disturbing book that changed its author’s life and placed him in the sights of one of the most dangerous criminal organizations in the world. 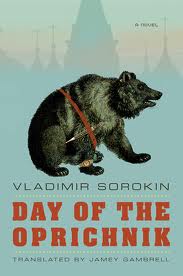 Day of the Oprichnik: A Novel (2006) by Vladimir Sorokin

Imaginary Russia in 2027 is the setting in which this futuristic novel unfolds. But its true roots are in the past, in the era of Ivan the Terrible when he created the Oprichnik, his personal guard. The protagonist is called Andréy Komyaga and the reader will follow on his heels for one day of his fierce life. A scathing and intelligent critique of authoritarian societies, particularly a Russia that cannot shake its Tsarist past, which returns again and again in the figure of a Stalin or a Putin. A novel of brutality, of the blood during the slaughter, the description of which horrifies the reader. With Orwellian tones where the individual becomes simply a piece which power handles at will. The extermination of the opposition, including the looting of their riches and the violation of their widows, complete the analogy of what has been the attitude toward political opponents for much of Russian history from the past and present. A novel that takes hold of the future, simply as a trick to tranquilize us with the present. 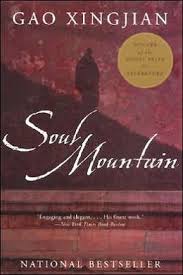 A trip through rural China in search of the legendary mountain Lingshan, leads the author of this book through the threads that weave the identity of this vast country. After being misdiagnosed with lung cancer, Xingjiang travels his homeland and on the way compiles legends, stories, testimonies, poems of the people he bumps into along the way, creating the amazing kaleidoscope of life, hope and pain he presents the reader in this book. A polyphonic work, blending elements of an epic novel, but also lyricism and intimacy. Its author, with a vast reference and culture, lets his consciousness flow freely in the more than 700 pages of text. The critiques of the Chinese system and its cultural policy are scathing and devastating. Xingjian himself experienced firsthand the pressure of censorship and publishing ostracism. Hence, Soul Mountain transcends history to also become a memorial to a contradictory and huge nation. In 2000 Gao Xingjiang won the Nobel Prize for Literature, receiving the news in a modest suburb of Paris where he has lived in exile since 1987.

Sitting at a traffic light, a man starts to lose his sight and from him a rare epidemic of blindness spreads across the entire country. The first measure is to quarantine the affected but the number grows and there are ever fewer people who can see. The lowest passions erupt, the most primitive instincts, and the fight for survival is out of control. A direct metaphor for the alienation and ruthless attitudes generated by modern societies. However, some characters retain the ability to see and at that point we are urged to think about the responsibility of having your eyes open when so many others have theirs closed. A novel that calls on us to regain lucidity and awareness. The author does nothing to make it easy to read, ignoring the names of the characters, structuring very long sentences with little punctuation. “Blindness” is upsetting from the first page, thus fulfilling the objective of shaking us up and disturbing us. No wonder that three years after the publication of this book, Saramago would receive the Nobel Prize for Literature. 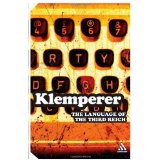 Although first published more than half a century ago, this book has had a second birth in the eyes of thousands of readers. Klemperer proposes a thorough guide on how not only Nazism expressed itself verbally, but also the school of oratory and semantics it left for later totalitarianisms. The constant adulteration of terms and the ability to distort concepts, were some of the methods of subjugation employed by the Third Reich. The appropriation of ideas like heroism, falsified and adjusted to its convenience, helped Nazi propaganda become ordinary to millions of Germans. A verbal scaffolding constantly falling on the ears and permeating every area of social, academic, artistic, entrepreneurial and informative life. It was not necessary to create new formulas or concepts, simply to appropriate them and to empty them of all their previous significance. The excessiveness of this kind of discourse and its constant boastfulness permeated that of many other leaders who subsequently tried to subject, from the platform, their own people. After reading The Language of the Third Reich and can not again hear the chatter of a leader or the excesses of official propaganda, without calling forth the specter of fascism. 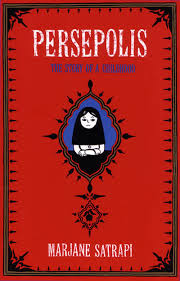 A graphic novel, lately these books with “little figures” seem simple amusements. However, Persepolis makes us drop this predisposition from the first page. It compels us to share the anguish of a young girl, becoming a teenager and young woman under the Islamic fundamentalist regime. The story begins in 1979 when Iran is the scene of a profound political change that puts an end to half a century of control by the Shah of Persia and begins the so-called Islamic republic. From the eyes of this little girl educated in a progressive family, the reader watches the transmutation of a social ideal into authoritarian fundamentalism. The road ahead is exile, which Marjane Satrapi leaves for, convinced that she no longer fits into a society with its overly excessive bans and punishments. Expressed through writing and cartoons, her biography sheds light on the situation faced by millions of people in Iran. A book full of tenderness, narrated by a child’s voice who also talks to God, who created a prophet able to follow the path of Mohammed or Jesus, but she discovers that on earth, unlike in those celestial paradises, pain and fear abound.

So much for my exercise of treason. No one will forgive me, neither the books included nor those discarded. Compose a list of these essential texts from recent decades, leaves a worst taste in my mouth than when I started.