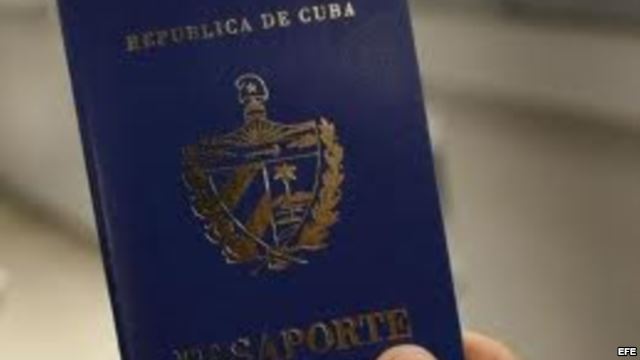 According to Wikipedia, the Chinese in Cuba are the most prominent and largest Asian community settled on the island. History records that on June 3, 1847 the Spanish brig “Oquendo” landed the first 200 Chinese laborers from the port of Amoy; although long before the “Oquendo” there were already Chinese in Cuba who had arrived from the Philippines, the so-called Manila-Chinese.

The Ten Years War surprised these migrants in Cuba and they joined the liberation forces. Many of them mixed with Spaniards, blacks and even mulattoes. From there was born the Chinese-Cuban.

The relations between the governments of Cuba and China have been up and down over the years but mostly down; but sometimes things go smoothly. Several Cuban leaders drive Geely cars — made in China — models also used by the National Revolutionary Police automotive troops and the G2 – State Security. The “kitsch” Cuban progeny — offspring of those in power — venture in what they believe to be new routes and go shopping in Hong Kong, experts in social themes exchanging opinions of “change” with certain regularity, businessmen of both countries sign galactic contracts, and high level delegations visit with such pleasure that the Cuban president even sang to Hu Juntao in Mandarin.

The new surreptitious business is “solidarity” with groups of Chinese who land on the island with regularity with which water drips from a broken pipe, constant drops, stimulating black market springs that move the well enshrined chain of the underground economy.

Some authorized contractors assert they are very calm customers, they don’t take hookers home and barely leave their rooms. They don’t behave as tourists, don’t go to the beach, don’t buy maracas or visit museums; throughout their stay on the island they spend their time muttering, and eating.

So much so that the new culinary specialty in the rooms-for-rent homes is to make a cup of rice with two and half cups of unsalted water, which makes a hideous mass which is then allowed to dry, add curry, make balls, and after frying it it’s called Rice Croquettes are called.

This has given rise to traveling salesmen who used to go door to door selling flowers, condoms, lobster or beef and who now support themselves selling rice (the little balls). It’s not illegal and they earn more, hence the refrain, “Take advantage of good fortune, when it’s rare,” (which, of course, rhymes in Spanish).

But housing agent who leads foreign clients to rental housing, the former immigration official for the Playa neighborhood, referring to the development of this lucrative market and new line of work, assured me with sarcastic ingenuity, “Nothing changes. The government sees nothing and tomorrow will say they didn’t know; but up to today it goes on and there’s no lack of “curry” in the hard currency stores. Look,” he continued, changing to a secure line and French, “What they know they don’t question. The reality is the Chinese are coveted customers, they travel  in small groups, stay in Cuba for 13-25 days, but before leaving, hello, what is important here is cash, everything is original and well-done, they pay up to 700 CUC for a Cuban passport, 200 for an identity card, and a thousand more to be included in the official civil registry, thus becoming duly legalized Chinese-Cuban citizens.  And now nationalized, they continue traveling into the future destined to our larger neighbor, ready to be welcomed by the Cuban Adjustment Act.”

The illegal traffic of Chinese using Cuba as a trampoline is a forbidden business that, tolerated, accepts accomplices, not witnesses.