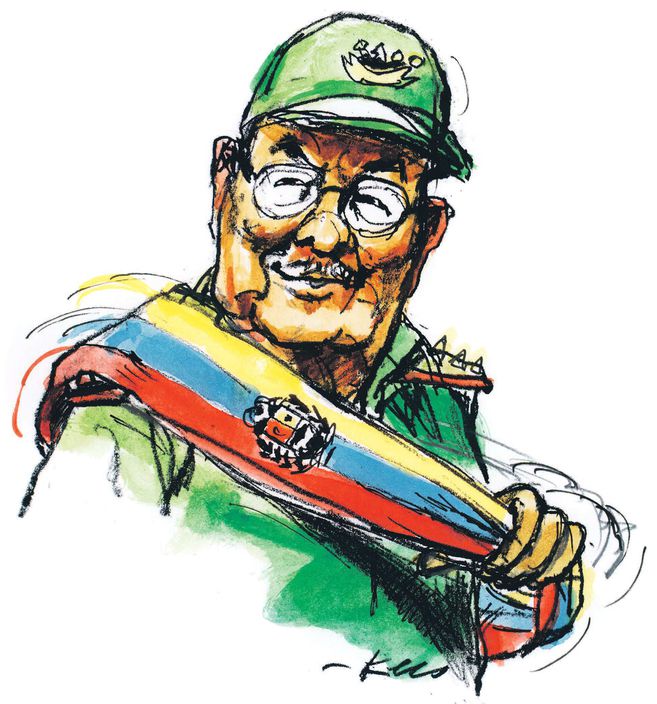 Havana, Cuba — Some time ago I listened to a doctor from from Villa Clara narrate her life as a medical aid worker, in the Republic of Venezuela.

I listened carefully to each of her stories. Gossip that she perhaps told me in confidence between friends, but the mere fact of the imminent threat of the spread of red tide and the enthronement in Venezuela of Cubanization makes me see myself obliged to recreate one of these stories.

According to the doctor friend who served as a volunteer in Venezuela for more than five years and managed to become head of a Medical Mission to one of the parishes and that the role of the doctors was more than saving lives and, on occasion, they served as thermometers of Venezuelan society .

When I use the word thermometer, an instrument known for measuring environmental and body temperatures. It is because this also the work of the  majority of medical aid workers to provide services to measure the state of opinion of the Venezuelan people. Information that is collected and passed to the intelligence services and the government so that they know where they need to work and how to change that state of opinion.

Perhaps what for many is not important for others is novel and what a pleasure for it to be both, Important and Novel. Who can imagine the Cuban army of white coats doing intelligence work in a foreign country? Work is not unknown by the authorities in power who try to win converts.

According to what my friend told me things weren’t left there; during times of presidential campaigns they also had to work to win votes for the official President. And this vote is won by explaining to people that the benefit they receive from healthcare and other things is free thanks to former President Chavez and the humanitarian work of the government. These chats take place in the clinics and while traveling around the the neighborhoods to deliver medications, and the conversations also serve to threaten the beneficiaries that if Chavismo ceases to exist all the projects will cease to exist.

This work is repeated whenever Medical Mission Cubans are in Venezuela, many of them looking for what they can not achieve in their own country for their families with their profession. The Cubanization is one of the key factors and principle support and bastion of Chavismo Venezuela.

This same friend in one of our many conversations, also told me about where she lived with another compatriot in her profession. According to her, this other doctor was serving on a Medical Mission on Margarita Island, one of the opposition stronghold states in Venezuela. It turns out that the opposition mayor once visited the Diagnostic Center that was under her charge on this island. And seeing the poor conditions there promised to send help the next day to improve the waiting room, and fix the air conditioning and the consulting room.

The aid appeared quickly but the doctor could not receive it under threat of her superiors that she would be deported to Cuba and Medical Mission suspended for receiving help from the opposition. It would seem stupid but but it’s not, because on signing on the Cuban doctors would realize that not everything is like they say, and I am more than convinced that they exchange the improvements for their families for what they are forced to endure.

This doctor knew how to use one of the beneficiaries of her attentions and through him asked the Mayor that please not to send the aid the following morning, thanking him but he was sincere in the reason he attended and the opposition mayor heard her and didn’t fail to fulfill his promise to help the cooperative.

I do not advocate violence, or the witch hunt, but at times like these I sympathize with the Venezuelan nation and call for the social order and the restoration of democracy. I am one of the many Cubans who do not want to export the model that has failed our nation to another country in our America, I am one of those who wants Cubans to travel freely and conquer new areas and earn their livings with dignity but without trampling the suffering of others.

I apologize to God first and secondly to my friend, a doctor who for safety I don’t say her name name to reveal her stories, but just knowing that there are people who need to hear these truths is bigger than any secrets and I am convinced that someday she will be relieved by having used me to fix who knows what collateral damage that has been caused.

To say Enough is Enough of Cubanization in Venezuela, it not to close the doors of this nation to freedom-loving Cubans. It is to close off those who by deceit come to trample and usurp the rights that it is up to citizens to decide for themselves and that is the right to take back the future of our nation be it any of the existing models.