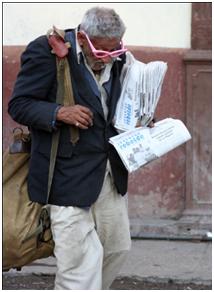 It is fair to acknowledge that foreign investment in Cuba brings benefits to the economy. But by itself it is not the solution for confronting the overwhelming problems.

Law No. 77 was adopted in 1995 to provide security and guarantees to foreign investors, and from this to achieve economic recovery. So stated the Cuban Parliament, in the introduction of this statutory provision.

In it the National Assembly also said that through foreign investment Cuba could get (among other objectives) increased production efficiency, improved quality of products and services offered, and reduced costs.

Fifteen years after this law was passed, it’s worth asking: Did it enhance the welfare of the Cuban people? Which services was Parliament referring to — those received by foreigners or those offered to the general population?  And regarding the latter, some comments.

Inadequate wages discourage citizens, mainly young people, from working with the State. How does the government solve the problem of labor abstinence, which forced it to increase the retirement age? By imposing four-year prison sentences for social dangerousness.

This leads to another problem, that of illegalities. The low purchasing power of thousands of families causes them to live outside the state regulations, in order to cope with the ongoing crisis.

What is the solution to this other conflict? The deployment of police operatives to catch those who are engaged in individual economic activity red-handed. Isn’t it easier to legalize the status of people who opt to live independently of state handouts? 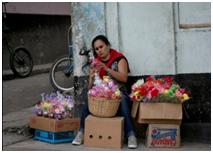 Why doesn’t the Cuban government encourage profitable activities by citizens? Just as with  foreign investment, the individual economic initiative of Cubans results in increased productivity, the creation of new jobs, etc..

In principle, one of the reasons underlying the exclusion of Cubans from national economic affairs was the social egalitarianism that socialism attempted but never attained.

To try to guarantee one right, others were violated. A supposed social equality justified the government acting contrary to constitutional dictates, and led to an institutionalized form of segregation, based on national origin.

Cuba needs a law of investment, not exclusion. In its 15-year existence, Law 77 has only brought economic apartheid. It is not fair that only the individual capital of foreigners has value in the Cuban economy.

For six months Sandra has lived in Havana with her father. She’s 24 and is an “emerging” elementary school teacher. She used to work in her hometown, Holguin; but she left teaching because the salary wasn’t enough. Now she sells pastries in the doorways of Monte Street.

Sandra was saving to buy a little house. But the police caught her when she was selling sweets. They levied a fine for “speculation.” Then they put her on a train back to her province, for living in the capital without the right to do so. She was a victim of the application of Decree-Law 217 of April 22, 1997, which establishes “Internal Migration Regulations for Havana.”

The provision restricts the freedom of movement of Cubans from other areas of the country. It prevents them from residing, whether domiciled or living together, permanently and without authorization in the capital. The provision also applies to citizens from other areas of the capital who live in a dwelling located in Old Havana, Central Havana, Cerro, and Tenth of October, without the corresponding license.

Sandra has to ask permission from the President of the Municipal Administrative Council to live in the capital. She must prove to the Housing Department that she has the express consent of her father, as owner of the house. She also needs a document from the Municipal Architecture and Urbanism Department that certifies that the dwelling meets the minimum conditions for habitation, and that there are ten square meters of space for each occupant.

Once all the paperwork is completed, the young woman’s problem is not yet solved. The decision, yes or no, of the Municipal President depends on the opinion in the file that elaborates on the issue, from the Municipal Housing Office.

The “Historic Leaders,” concentrates all the power in the Executive Committee of the Council of Ministers, with the ability to grant or to restrict the rights of citizens. The validity of decree 217 proves that the Cuban government and its leaders have no desire to make positive changes. Meanwhile, cases like Sandra’s, common in Cuba, continue happening and the guilty parties go unpunished.