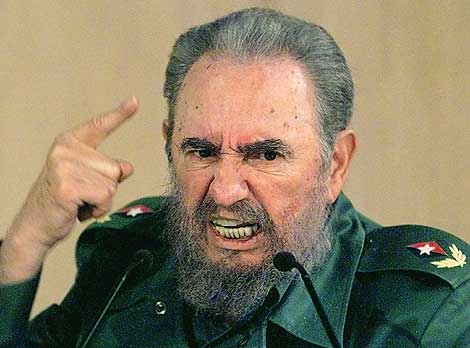 Somos+, Jorge Pantoja, 3 December 2018 — Upon hearing and studying the history of Cuba, as told by the victors of the so-called Cuban Revolution, there are many points of total incoherence that we, without being experts, can ask ourselves. Did it really happen like that?

Wherever there exist doubt, there is a very high possibility that history was changed to favor of the victors, generally those most disadvantaged until the moment just prior to reaching their objective.

I ask myself, how is it possible that such a ruthless tyranny as Batista’s would give an opportunity to its main opponent, Fidel Castro, to have a fair trial, defend himself and win the court’s ruling, this being perhaps the determining factor of the future as Castro himself removed from the constitution of the republic the right of a Cuban to defend himself in front of a court by his own means. END_OF_DOCUMENT_TOKEN_TO_BE_REPLACED

Instead guaranteeing with the great lie of judicial security representation by a professional who only responds to the interests of the government because it is his employer; lawyers in Cuba are present only because they have to be there and not because they can perform their work with dignity.

Just the mention of the physical disappearance of Camilo Cienfuegos my stomach churns; Cuba needed one last hero to complete the process and this man was Castro’s sacrificial lamb.

It is very easy to deceive a people when only one voice is heard and others that arise are silenced. What a coincidence that very few survived the year 1959 but the commander-in-chief suffered not even a scratch.

Democracy in Cuba was in good shape but it was well screwed up in the first minute of the Revolution, with those massacres of supposed traitors, that holocaust of silencing competing ideas because we already had the great thinker-in-Chief , I regret how my people let themselves be deceived in this cheap and vile way.

Another murky point in the history of Cuba is that after the Granma there were very few revolutionary’s left, and yet, they were always nearby to defend a peasant family that was under assault by the rural guard throughout the Sierra Maestra.

The great power of the revolutionary government was centered around the survivors of the landing of the Granma, little by little they got rid of those who were not on that boat until creating that closed circle of individuals overrated in heroism. I would say that it was cynicism more than anything and a well thought out plan.

I don’t know about everybody else, but for me, it has become easier for Cubans to BELIEVE THAN TO THINK.