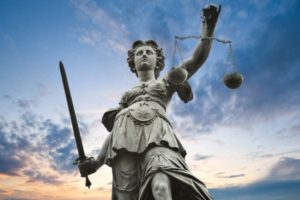 Somos+, Ezequiel Álvarez, 27 March 2017 — I believe that, in the resistance against the totalitarian, military dictatorship of the Castros, the existence of diverse organizations is essential and necessary. If we fight against a monolithic system, it is indispensable to start from a pluralist base wherein there is room for different ideas. END_OF_DOCUMENT_TOKEN_TO_BE_REPLACED

If communism’s major flaw is to intend for all the world to submit by force to one ideology, our response cannot be another antagonistic solution of the same kind.

The human being by nature represents a variety of opinions. The democratic system proclaims freedom of assembly, and as proponents of democracy for Cuba, we should accept that other points of view also have a right to participate in the opposition.

Starting from that premise, I propose that we should know how to work together in this phase, and allow the electoral process to decide the democratic route that the nation will take.

Meanwhile, let us continue, each according to his conscience, respecting the same right in others, working together toward the same ideal.

Let us prepare the foundations starting now, so that in the eventual future, we can be ready to prevent a repeat of the current tragedy. An upright structure that will serve as safe passage to a constitutional democracy, with the prior approval of the opposition parties, is a solution that we should explore and work towards making a reality.

Somos+, Ezequiel Alvarez, 18 March 2016 — The struggle of an unarmed people, under a totalitarian dictatorship armed to the teeth, becomes a psychological battle of attrition. Since it is impossible to change a powerful system by a frontal attack, other tactics must be used.

The first step is the formation of a resistance capable of promoting changes, gaining the confidence of the people by offering them an alternative means of fighting.

Demonstrating with concrete actions that they can fight, seeking the formula that proves the existence of a resistance, able to fight and survive despite oppression, persecution, and all the system’s attempts to extinguish the anti-dictatorship spotlight. A resistance composed of patriotic believers in the cause who are willing, despite the obstacles, to put themselves forward at the historic moment for the common good of the nation. END_OF_DOCUMENT_TOKEN_TO_BE_REPLACED

So when the forces loyal to the dictatorship refuse to be part of the oppressive system, then the dictators lose power—against forces, which though lacking tactical capabilities have the moral strength, support, and sympathy of the people. The psychological structure that maintained the continuity of the dictatorship in power crumbles, and new alliances and loyalties forge the new power structure.

Assuring ourselves that a structural basis exists for the implementation of a democratic system, which resolves the problems and addresses the concerns of our people for freedom and progress, must be the work of the democratic resistance in order to advance the country to a better future.