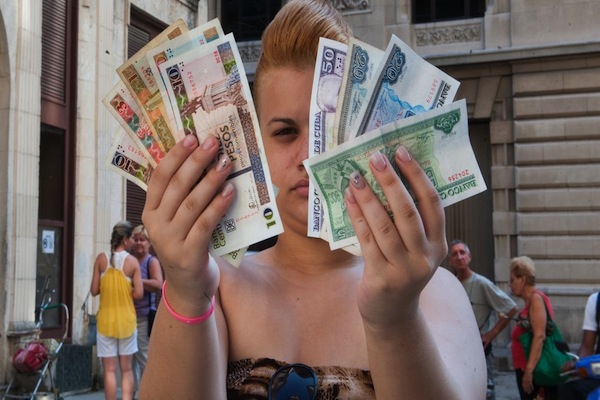 HAVANA, Cuba. — Roberto Pupo Tejeda, sacristan of the Catholic Church, was arrested and mistreated by officials of the State Security Department (DSE).

“I was in the Church participating in the Sunday Mass, and I went out to observe the walk of the Ladies (in White),” said Pupo Tejeda, referring to the customary walk that they hold on leaving mass, down Fifth Avenue, the women’s movement that demands from the government freedom for political prisoners and respect for human rights.

The religious man, was who taken in a PNR (National Revolutionary Police) paddy wagon  along with six opposition activists to a police station, told this reporter after being freed in the afternoon that he was a victim of taunts and physical and psychological mistreatment on the part of officers of the DSE.

“They put the handcuffs on me too tight, and in order to take them off, a Security officer who identified himself as Camilo used a knife, and as if to intimidate me said that I should be calm because the knife had a quite sharp blade, and he might slip and cut me,” indicated the sacristan while showing the lacerations caused by the shackles.

According Pupo Tejeda, who was threatened by his oppressors with being deported to his native Holguin, 700 kilometers to the east of Havana, when he showed his card that identified him as a member of the Church, the DSE officers told him that that gave him no right to protect the Ladies in White. END_OF_DOCUMENT_TOKEN_TO_BE_REPLACED

“When I saw that they (DSE officers) rushed violently to arrest the Ladies, I put myself in the middle to protect them.  That was all that provoked their ire with me,” he emphasized.

Berta Soler, leader and spokesman of the Ladies in White, confirmed to this reporter the arrest of the sacristan and reported that a total of one hundred activists from her movement were arrested on leaving the Santa Rita Church, as well as some ten opponents who had gone to offer their support.

She also emphasized that the number of women detained this Sunday is around 200 because there were arrests in all the provinces in which the Movement has headquarters.

The National Revolutionary Police’s (PNR) and DSE’s way of working in the arrest of the layman and more than a hundred opponents exposes the falsity of the words of the Catholic hierarchy and of the General President.

The wave of arrests took place in the morning hours this Sunday, February 23, when both repressive bodies carried out a raid against dissidents and opponents in the vicinity of the Santa Rita de Casia church located in the neighborhood of Miramar in Havana where the Ladies in White attend mass each Sunday.